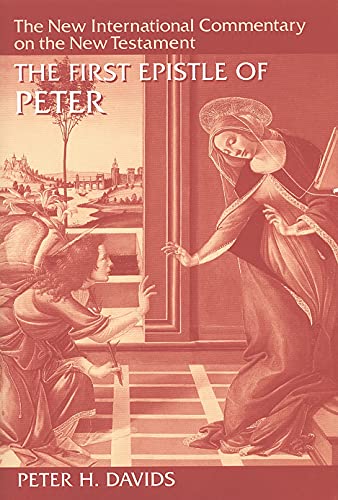 The First Epistle of Peter (NICNT)

I had long looked forward to this book. Peter Davids’ commentary on James had enthralled me. I continue to use it every spring term as the primary text for a class on the exegesis of that epistle. I needed something comparable for 1 Peter—in between the massive detail of Michaels (Word) and the brevity of Grudem (Tyndale). I hoped, too, that it might more consistently adopt exegetical positions with which I could agree, though playing Michaels and Grudem off against each other had proved effective in class. (I found myself supporting each about 50 percent of the time and one or the other almost all of the time.)

With these lofty expectations, my first reaction as I began to read Davids on 1 Peter was one of disappointment. There was little interaction with the more distinctive contributions of Michaels and Grudem, especially the latter, though these may have appeared too recently for Davids to include more than he did. Introductory issues were handled much as in Guthrie and typical conservative handbooks—the epistle came from Peter in the sixties prior to his death in response to widespread local persecution of believers and not any official empire—wide pogrom. I find all of this plausible but would have liked more defense and interaction with alternatives. The treatment of structure occupied only one page, despite advertising blurbs labelling this a strength, and nothing appeared here to match Davids’ creativity with James. The only distinctive treatment of a theological topic came in an extended excursus: ‘Suffering in 1 Peter and the New Testament’ (which also treated the Old Testament), but I found Davids driving an implausible wedge between suffering due to persecution and that due to illness and sounding a bit more positive on the necessity of God physically healing faithful believers than seems defensible.

Some of this disappointment continued in my reading of the commentary body. All the essentials were present—discussion of main points, narrative flow, key words, and particular exegetical conundra—but sections often proved brief and uninspiring. Lexical analysis still relied heavily on TDNT. Grammatical observations, for example about tense, seemed sometimes to read into an actual morphological form that which modern linguistics has shown justifiable only when supported by the context. Good biblical cross-references abounded but not nearly as many extra-canonical parallels emerged as with James. Helpful hints for modern applications punctuated the narrative, but surprisingly, Davids spoke not a word about the thorniest question of all—do the commands to submit in the Haustafel of 2:13–3:7 remain normative for believers today?

I began to reflect on my disappointment, and as I did, much of it began to dissipate. Surely it was not fair to expect a first-edition volume of the New International Commentary series (designed for those who read English only) to match the scope of a work (like James) in the New International Greek Testament Commentary series, nor even to follow the daunting precedent for the revision of the NICNT established by Gordon Fee’s 1 Corinthians (as Davids himself notes). The further I read, the more I admired Davids’ footnotes, in which detailed references and interaction with secondary literature, much of it in French and German, do appear. I appreciated his extensive, 34 page bibliography, though randomly noted several errant publication dates (eg, Ladd, Maier, Riesner) among the handful of entries I knew by heart. Above all, I became increasingly impressed that, with only a very few exceptions, his conclusions on difficult texts matched my own, even if they were not defended at great length.

Thus, Davids takes tina hē poion kairon in 1:11 as ‘what or what type of time’ (rather than ‘who or what time’), chosen in advance in 1:20 as combining prediction and predestination, and logikos in 2:2 as ‘spiritual’ (milk) but also alluding to the ‘word’ of 1:23, 25. The stone of 2:6–8 is a ‘cornerstone’, not a ‘capstone’. The rationale for submission in the Haustafel is not simply evangelistic or culturally dictated, but ‘for the Lord’s sake’, though ‘this also limits submission, for submission can never be to anything he does not will’ (p. 99). Davids recognizes the radical difference in attitude toward slaves and women in Peter’s version of the Haustafel. He notes that the commands regarding women’s appearance would have challenged the upper class and would have called the church to a simplicity of dress which has characterized many subsequent Christian revivals and which is seriously needed in the Western church today. The ‘weaker vessel’ (3:7) perhaps refers most uniquely to women’s general ‘vulnerability’. The incredibly difficult 3:18–22 should be interpreted, largely with W.J. Dalton, as Christ’s post-resurrection proclamation of victory to the fallen angels. 3:21 specifically precludes baptismal regeneration, and the eperōtēma is better translated ‘pledge’ than ‘request’. Believers’ suffering in 4:1, which causes them to ‘cease from sin’ refers to the breaking of sin’s decisive power through perseverance in persecution for the faith, based on Christ’s model and redemption. 4:6 does not offer unbelievers a second chance at salvation after death but refers to their hearing the Gospel while they were still alive. Judgment beginning with God’s household (4:17) alludes to the Lord suddenly coming to his temple (Mal. 3:1–6). The ‘elders’ of 5:1–6 are officeholders of church leadership; the ‘youngers’ are not. And Silas must be given a significant role in the composition of the epistle (5:12).

So, I ended up thinking much more positively about this commentary. I could use it as the primary text for my course in 1 Peter, even though I would supplement it more heavily than I do Davids on James. I am grateful that the NICNT is at last nearing completion. May God speed the writers of Matthew, the Pastoral Epistles, and 2 Peter and Jude, as well as the revisers of other older volumes to bring this series once again to the very forefront of evangelical scholarship. Peter Davids has certainly contributed his part faithfully.