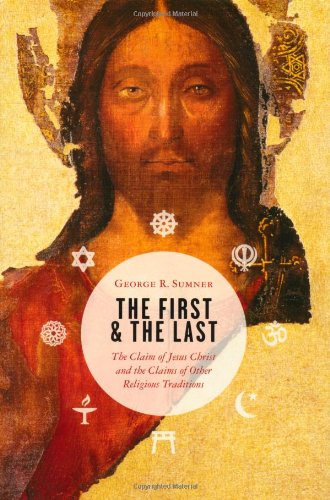 In a period when religious fundamentalists are considered the greatest danger to world peace, pluralists are advocating a rejection of exclusivist claims in any religious tradition Contemporary Christian theology therefore cannot avoid the challenge of pluralism and the competing claims of the various religions. This book offers a so-called ‘postpluralist’ view of the relationship between Christian belief and the claims of other religions.

Sumner in this carefully argued text argues that the historical nub of the problem is that the existence of other religions became a problem to the western Church at the same time that Christianity became a problem to itself. The Enlightenment attacked tradition with its presumed authority, and placed an emphasis on universal reason that was accessible to all thinking people. This resulted in the rising movement of biblical criticism that sought to discover the truth behind what the texts claimed.

Christian theologies of religions have therefore adopted a common pattern of what Sumner calls ‘final primacy’. By this he means that the narratives generated from Scripture places Christ both as the One towards whom the narratives run and from whom their truth derives. This book therefore explores the strengths and weaknesses of the notion of final primacy in various contexts. First, it is tested against the views of modern theologians like Barth, Rahner and Pannenberg. Second, it is tested against the religions in the economy of salvation. Final primacy is then considered both in the areas of the Theology of Mission and in Indian Christian Theology. Finally, it is tested among the Theologies of inculturation.

Sumner makes a strong case for the view that truth claims do not have to be discarded if there is to be meaningful interfaith conversation. Recognizing that the word ‘dialogue’ is fraught with difficulties, Summer seeks to go further in what might be considered a sharper and more honest sort of dialogue that he calls ‘disputation’. With this approach all adherents are first of all free to make a strong case for the truth of his or her beliefs, and second, the conversation must respectfully explore the competing truth claims. As Sumner writes: ‘The heart then of dialogue as disputation in the extended sense is modesty, an awareness of limits, and readiness for surprise’ (213).

The First and the Last is an important book especially for those seeking a global perspective to theology. However, it is a book that is demanding, and as the cover says it is ‘not a book for the theologically fainthearted’. One does not have to agree with all that the writer says to appreciate the significance of his argument.