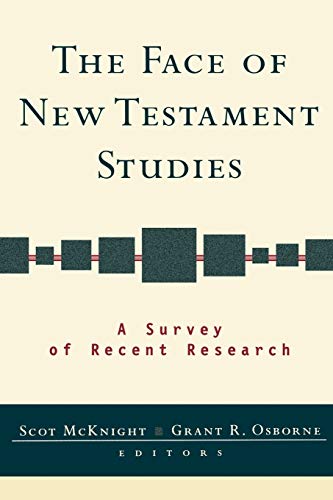 The Face Of New Testament Studies

With the publishing explosion in biblical studies and the resultant difficulty of simply keeping up, a book like this one is very welcome. It is welcome and useful because it not only provides an update on the state of academic research but even more so because the editors have managed to recruit leading scholars to produce the essays. The unrealistic reader might be disappointed in not finding an essay on a particular topic, but the book does not claim to be comprehensive—what could be! Rather, it gives a good overview of 22 important areas of New Testament research, and we can be grateful for that.

The book is arranged in four parts, and it might be helpful to examine the book accordingly, Part One addresses ‘Context of the New Testament’. This part has only two chapters addressing Galilee and Judea and then the Roman Empire and Asia Minor. This is helpful in that the focus is first on the world of Jesus and then on the broader realm and Paul. Both essays are helpful. This reviewer was surprised to find in the Galilee essay (by Sean Freyne) the willingness to directly dispute the veracity of direct claims of Scripture (e.g. p. 23 on the reason for John the Baptist’s death). Students should then be aware that the book represents a diverse range of theological perspectives (as some might note from the names of the contributors).

Part Two of the book addresses ‘New Testament Hermeneutics’. Included here are substantial essays on textual criticism and Greek grammar, two areas often overlooked in overviews of New Testament research. The inclusion of these increases the distinctiveness and value of this book. I would recommend strongly Porter’s essay on Greek grammar since so many fail to keep up to date on advances in this realm (though the portion on discourse analysis may be unintelligible to those not already engaged in the discussion). There is also a nice overview of the history of hermeneutics as well as discussions of social-scientific criticism and the use of the Old Testament in the New. Various more recent approaches such as rhetorical criticism are not addressed.

Part Three focuses on Jesus, the historical person, his parables, the place of miracles in the historicity question and the Gospel of John’s portrayal. Part Four, containing half of the book’s essays, addresses ‘Earliest Christianity’. There are essays on Acts, James, the four gospels, Paul’s life and letters, Paul’s theology, Peter’s letters, Hebrews, and Revelation.

In summary, students and scholars will find this a very useful book. While there are areas not covered (e.g. Johannine letters in Part Four), as stated earlier the goal is not to cover everything, but to cover much well. In this goal the editors have succeeded.