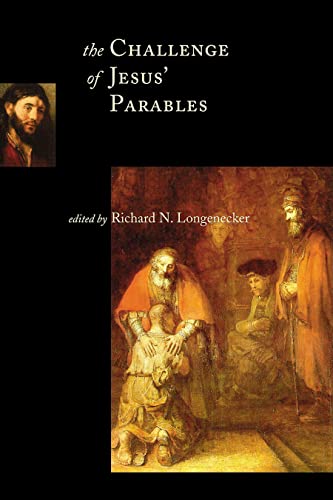 THE CHALLENGE OF JESUS’ PARABLES

In this volume thirteen contributors attempt to portray the proper meaning and application of the parables of Jesus in their original context.

The chapter on the history of parables research is necessarily brief. Snodgrass is well aware of the danger of excising the parables from their original context in the life of Jesus and the theology of Israel. That after all is why the parables were told and remembered. He opens up, as do a number of the contributors, a dichotomy between the purpose of the parables in Jesus’ ministry which he reckons to be all but unknown, and their purpose in the situation of the evangelists who record them. Why these purposes have to be different, however, is not explained convincingly.

Stein makes some interesting points on the affective role of the parables. He that while it may be too much to say that one does not ‘understand’ but ‘experience’ a parable, it is, nevertheless, both a vehicle and a message which can ‘transform’ the nearer/reader in association with its literary form, its truth, the presence of the Spirit and the human response. Evans’ chapter looks at the parallels to the parables in the OT, and in early post-biblical literature. He suggests that Jesus proclaimed God’s kingdom in the manner and style expected of the Son of David in his own day.

Both the miracles and parables of Mark are dramatic presentations of the gospel, according to Hooker, and are intended to focus attention of Jesus. Again, she is more interested in what role these parables had in the early church than in the ministry of Jesus. Those who could not understand the parables were, it seems, by definition ‘outsiders’.

Hagner on Matthew’s kingdom parables helpfully notes that Jesus began using the parables at the point at which he was being rejected. In such a situation, they reveal and conceal. He maintains that they are of relevance today: ‘In an increasingly secular day when the success of the gospel seems questioned, the kingdom a doubtful reality, and final judgement an idea of the past, these parables retain their ‘significance’ (122).

Longenecker suggests that Luke presents the ministry of Jesus as a prophetic one, just as the church’s ministry is also, indicating that a similar response is demanded both to Jesus and the church. Raising the issue of whether the intention of Jesus and of the church are identical in telling the parables, he resorts to sensus plenior. He has not, however, identified at which point one may go beyond the authority of Jesus in restating a parable.

Martens on the parables of Judgement against Jewish leaders, displays a sensitivity to the concern that while one must allow the judgement parables to stand in their own context and speak to their own day, anti-Judaism must not move into anti-Semitism.

The last of Matthew’s collections of the teaching of Jesus (Matt. 24–25) is under review by France. He maintains that Jesus does refer to the future, not only the destruction of Jerusalem, but his own parousia, a coming that will find two groups, only one of which is prepared for his arrival. The reader, he suggests, is intended to ponder where he/she stands in this radical separation.

One thing that does stand out in all of the chapters is the concern to understand the parables within their own redactional context and within our own day. The last five chapters (by Barton, Wright, Liefeld, Keesmaat and Knowles) focus on the immediate relevance of the parables today: forgiveness and love; poverty and riches; prayer; ‘strange neighbours and risky care’; and discipleship.

Obviously, the fact that the study is not the work of a single author leads to a certain variety of interpretation. However it is a very readable set of essays which will prove to be a useful introduction to the parables and a competent set of signposts indicating the state of play in current research and pointers to areas of further profitable study.