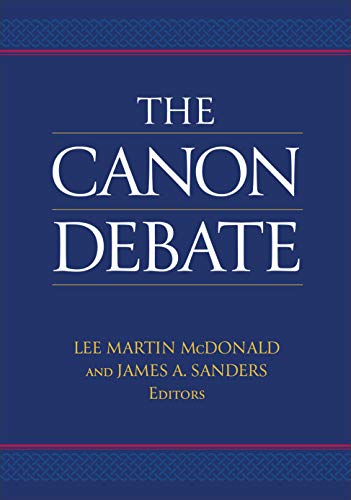 This is a large and miscellaneous book, with many contributors, dealing with both the OT and the NT, and, like the traditional curate’s egg, it is good in parts. The title is rather misleading, for on many issues only one side of the debate is given a hearing. The names of the editors would not lead one to expect a very positive approach to the canon, and that is indeed what one finds. Everett Ferguson is perhaps the only contributor with markedly conservative views.

An attempt to disguise this seems to be made on page 17 of the Introduction, where the reviewer was surprised to find his own name listed, among a number of conservative scholars, as having been invited to contribute but having declined. It makes him wonder whether the other names are as fictitious as his own. The same Introduction, on page 5, gives a completely misleading account of the reviewer’s approach to the OT canon, citing a passage which (if consulted) would show the opposite.

Also in the Introduction are some curious mistakes about the history of the term ‘canon’. On page 11 we are told that the Alexandrian grammarians used it for their lists of standard Greek writers (and artists). Actually they use the work pinax for these lists, not kanon. On page 13 we are told that the current use of the term ‘canon’ for a collection of Scriptures was introduced by David Ruhnken in 1768. What David Ruhnken actually introduced was the application of the term to the lists of literary and artistic models drawn up by the Alexandrian grammarians!

Altogether, the Introduction does not do the editors much credit.

In the rest of the book, the OT is less well covered than the NT. Facile treatments of the Dead Sea Scrolls, the tri-partite OT canon and the rabbinical Bible promise much but offer little. The best essays in this part of the book are Steve Mason on Josephus and his 22 book canon, J. P. Lewis on Jamnia, Emanuel Tov on the status of the Masoretic text and J. A. Sanders on the issue of the closure of the canon (nos 7, 9, 15 and 16), though the last two have more to say on text than on canon.

The NT section begins with a good survey of the field by H. Y. Gamble, and other useful essays are Everett Ferguson on factors leading to the NT canon, John Barton on Marcion, Pheme Perkins on Gnosticism, Pater Balla on second and third century evidence, K. D. Clark on pseudonymity, D. D. Schmidt on the codex and E. J. Epp on the interrelation of textual criticism and canon (essays 17, 18, 20–22, 26–28).

The final essays of the volume are depressingly agnostic.