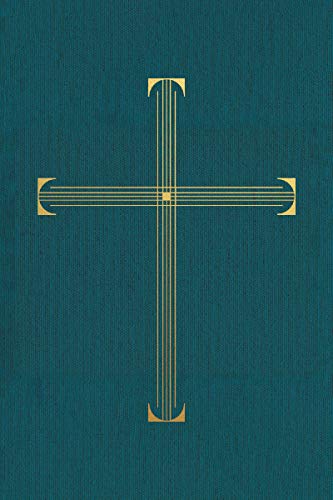 As the editors of this volume observe in their note to the Reader (p. 648), most of us living outside the United Kingdom or Commonwealth countries, who desire to use the 1662 Book of Common Prayer, face three problems. First, it is not immediately obvious how we are to pray for those in authority when the book only provides prayers for the royal family. Second, while the language is no less comprehensible than O God Our Help in Ages Past, developments in English have rendered some phrases awkward or obsolete: few of us pray to “our Father which art in heaven.” Third, later generations have bequeathed countless prayers, of which but one example is Edward Reynolds’s General Thanksgiving, which has become so beloved that it is often mistaken for the work of Archbishop Cranmer himself. Could we really stand to turn back the clock?

For those of us beset with such difficulties, Bray and Keane’s The 1662 Book of Common Prayer: International Edition (hereafter IE) offers a delightful gift. The editors take state prayers from the 1928 American and 1960 Ghanan Prayer Books, while prayers for the royal family are retained in “Prayers and Thanksgivings” (pp. 39–48). Other beloved prayers are included in an appended section of beloved prayers from later prayer books. Language has been modestly revised. Offering a much-needed poetic hand on the liturgical tiller, the editors profess “to update the language of rubrics most; prayers less; and Psalms, canticles, and biblical texts least of all” (p. 649). As a result, the Prayer Book’s biblical euphony strikes afresh, furnishing living words of worship from a time when spoken and written English were not so estranged as they have become in the Age of Twitter. Even when one’s corporate worship situation is less formal, the possibilities for individual and group use are very great.

The IE is marked most, however, by what it does not attempt. Where it introduces post-1662 prayers or rubrics, it disclaims any authority to impose them; the appendix, “Additional Rubrics,” states that permission to follow appended rubrics in public worship rests with the “appropriate ecclesiastical authority” (p. 719).

Far more importantly, the IE displays the God-honoring, Christ-exalting, life-transforming gospel of Jesus Christ, and manages to do so with minimal adjustment to the original text. What changes do appear evince editorial restraint. Early modern spelling and punctuation are revised only so far as to render the text intelligible for modern users. Obscure expressions are defined in a glossary. Substitutions are present but uncommon. Bible readings and prayers stand in their original integrity. The IE, in effect, faithfully presents that Anglican formulary which the 2008 Jerusalem Declaration calls “a true and authoritative standard of worship and prayer.”

The IE can thus be regarded as a conservative project, in two senses. It is structurally conservative, in that it allows its Reformation-era contents to stand as their own textual edifices, resisting the urge to prize apart their interrelated theological and rhetorical architectures. Attention to the theological teaching and implications of the Prayer Book’s contents is signaled by the appending of A Sermon of the Salvation of Mankind by Only Christ Our Saviour from Sin and Death Everlasting—i.e., Cranmer’s 1547 “Homily on Justification,” which alone among the two Books of Homilies is specifically cited in the eleventh of the Thirty-Nine Articles. Even so, the editors emphasize that it is not their “place to indulge in theological or ethical adjustments to the prayer book, nor to explicate it with commentary” (p. 653). For that, we must await further work in the vein of Prayer Book commentary (one example of which this reviewer, with one of the editors, is currently working on).

The IE is also textually conservative. Cranmer’s prose, sober and grave—that on account of which C. S. Lewis described the Prayer Book as “the one glory of the Drab Age” (English Literature in the Sixteenth Century: Excluding Drama [Oxford: Clarendon Press, 1954], 204)—remains intact. Prayer Book English is, of course, a lesser glory. Not all Anglican evangelicals even regard it as such, associating it rather with a snide penchant for archaic ritual. But in doing so, some have unwittingly sold the family farm. Consider a comparison to evangelical attitudes to liturgy and church fabric in seventeenth-century England. As Julia Merritt has shown (“Puritans, Laudians, and the Phenomenon of Church Building in Jacobean London,” The Historical Journal 41.4 [1998], pp. 935–60), and as Alice Soulieux-Evans has more recently underlined (“Cathedrals and the Church of England, c.1660–1714” [PhD thesis, University of Cambridge, 2019]), it is Laudian rhetoric that we have to thank for a longstanding impression that Puritans and evangelical conformists in early seventeenth-century England cared nothing for church fabric, whether parish churches or cathedrals in particular. Later evangelical resistance to certain features of English church life was, in part, a sign that their opponents had won the rhetorical field. In other words, English evangelicals did once, it turns out, care about particular things – not only ethereal concepts like “shapes” and “styles,” but also concrete terms, materials, and practices.

Drawing the analogy home, the IE offers what J. I. Packer called “the Bible arranged for worship” as one such concrete particular. May it equip evangelicals anew, as it did that great Bible expositor and Prayer Book apologist, Charles Simeon, to ground the faithful exposition of God’s Word in the glory of a gospel-centered liturgy.

The field of the New Testament’s use of the Old Testament is encumbered with ambiguously defined terminology, especially with regard to such form labels as citation, quotation, paraphrase, allusion, echo, and the like...

The Making of Biblical Womanhood: A Review

Beth Allison Barr’s influential book The Making of Biblical Womanhood sets out to demonstrate the historical roots of “biblical womanhood,” a system of Christian patriarchy that is not really Christian...