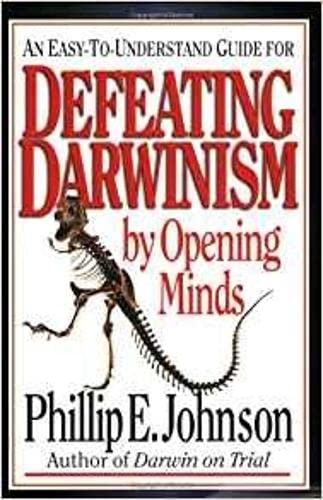 What are Christians to make of Darwinism? In the USA, Darwinism has stirred up storms of controversy which have raged not simply within the church, but throughout the educational system and even within American courts of law. Happily, over this side of the Atlantic pond, there has been less fuss. Many Christians, following the lead of thinkers such as Michael Poole. have grasped the crucial distinction between the theory of evolution itself, and the reductionist philosophy which is often smuggled in by biologists such as Richard Dawkins on the back of the theory’s success. In short, many of us rest fairly content with a theistic evolutionary view. As Frederick Temple nicely put it, evolution is the way God makes the world make itself. Helped by Michael Poole’s incisive work on Dawkin’s reductionism, we accept the possibility of different modes of explanation: the causal tale about origins given to us in evolution can co-exist with a ‘personal’ explanation, in terms of the reasons and intentions of the divine creative mind, which is pointed to in the opening chapters of Genesis.

Philip Johnson’s view of Darwinism, articulated in this volume which aims to provide non-scientists with a basis for critical thinking about the claims of evolutionary biology, is more sinister. Johnson is convinced that Darwinism is the thin end of a materialist wedge. Evolutionary biologists are dogmatic materialists, who foist an essentially atheistic theory on an unsuspecting public in the name of science, when in fact they themselves cannot justify the theory except by recourse to a materialist philosophy which insists that the truth about origins cannot include reference to a Designer.

It is understandable that a lawyer such as Johnson, who has spent years contending against evolutionists who themselves treat the theory as a cornerstone of a naturalistic world-view, should take the view that Darwinism is a dangerous threat to Christian faith.

Understandable—but regrettable. Regrettable because it can easily lead Christians towards an anti-scientistic attitude which plays into Dawkins’ hands by making faith look rationally discredited. Regrettable because it encourages a paranoid distrust of the scientific community. But most of all, regrettable since it is unnecessary. Johnson’s book entirely fails to give adequate grounds for seeing Darwinism as the thin end of the materialist wedge. Theistic evolution is dismissed on the basis that evolutionary theory is inescapably premised upon a commitment to naturalism—that the only reason biologists still hold to it is that they seek a naturalistic account of origins, come what may. But Johnson offers only anecdotal evidence for his claim that most biologists cannot distinguish between science and materialism.

More seriously, the author overlooks a more plausible, less contentious justification for the widespread adherence to evolutionary theory, namely its fertility. As Kuhn pointed out, fertility is one of the key theoretical virtues. Scientists are attracted by theories which clear up puzzles, and hold promise for future empirical success. Evolutionary theory, notwithstanding the gaps which Creationists dwell on, has proved far more fertile than any other proposed theory of origins. So an ongoing commitment to the theory need not indicate a dogmatic materialist philosophy, but simply a reasonable hope that a theory that has succeeded in the past will continue to do so.

Johnson’s aim in the book is to help non-scientifically educated Christians to think critically about Darwinism. It thus contains brief but helpful comments on a general strategy for ‘critical thinking’ about science, as well as more extensive discussion of how the debate has been represented in American culture (there is a lengthy discussion of the play ‘Inherit the Wind’, based around the notorious 1925 Tennesse law suit concerning the teaching of evolution).

Encouragement of critical reflection is admirable. But ‘critical’ here tends to mean ‘hostile’. It will be hard for non-scientific Christians to read Johnson’s book and not come away with a very negative impression of Darwinism, and indeed of contemporary evolutionary biologists. Such readers will not have been given a fair chance to assess the true scientific case for evolution. Johnson tends to attack extremely weak arguments for evolution, and neglect the more powerful theoretical considerations in its favour. There is, for example, no mention at all in the book of the significance of the Grand Synthesis of evolutionary theory and genetics which filled in much that was lacking in Darwin’s own work. Instead of encouraging an openly reflective attitude, the book tends instead to promote the suspicion that most biologists have themselves uncritically and dogmatically bought into a naturalistic worldivew and are now part of a grand conspiracy to propagate atheistic materialism in the name of science.

If this line of thinking begins to gain credence in the UK, then we could well be in for the same futile, destructive conflict between science and religion which has characterised the American debate over Darwinism. Johnson’s bold stance against materialism is something every thinking Christian will wish to applaud. But the manner in which he has chosen to conduct the counter-attack is less laudable. I am reminded of what the boy scout said when asked for directions to a nearby hilltop: ‘if you want to get to there, I wouldn’t start from here’.