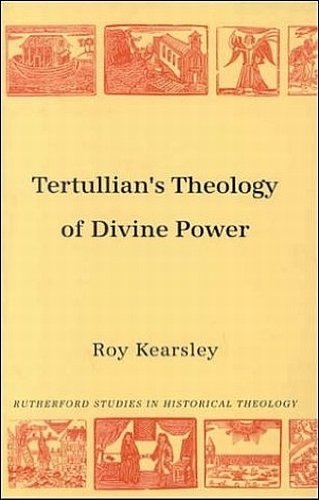 Whether or not you are aware of it, there is a quiet revolution that is taking place within mainstream evangelical thinking. It is long overdue and completely necessary for the survival of evangelical Christianity into the 21st century. It has to do with the thorny subject of ‘tradition’. For too long evangelicalism has attempted to articulate its faith with little recourse to the rich tradition of Christian thought that formed its identity within the first five centuries of its existence. Rather, a benign trust in sola scriptura—Scripture alone has dominated the ways in which we articulate our faith. And yet, as Daniel Williams points out in his recent and challenging book, Retrieving the Tradition and Renewing Evangelicalism, ‘For evangelicals to ignore or to be in ignorance of the great tradition of the church is to have lost their foundational heritage. With its passing, the faithful will have less and less of a place to stand when challenged by pseudo-theology. An absence of the church’s theological past will produce believers who are not sure how to interpret their Bibles apart from relative or fashionable opinion … The Tradition as found in the ancient confession, the rule of faith, and the doctrinal theology of the Fathers provides truth about God, in fact, primal truth about God. These sources point us beyond ourselves and ask us to peer out from the confines of the Protestant “ghettos” we have created into the main street of catholic Christianity’ (217).

Roy Kearsley’s book, Tertullian’s Theology of Divine Power is another successful publication in this series that seeks to focus attention on a much-neglected thinker of the Church. To most, Tertullian will be a by-word merely for charismatic excess. But in this volume, Kearsley very helpfully shows how Tertullian’s theology, and particularly his understanding of the power of God enabled him to address the issues of the day. Kearsley shows how Tertullian’s understanding of power was developed in relation to creation, incarnation, the church, the future hope and the Trinity. Only a creation derived from the good will of an all-powerful God merited to be called ‘good’. This in turn provided the reason for the incarnation—sin is not the ultimate power: God is. Thus, the incarnation precipitates the Church which is, once again, the creation of a good and all-powerful creator whilst, at the same time, being a visible sign of what is still to come. The goodness of creation demands it recreation, not its destruction.

This is a serious attempt in showing the continued relevance of Tertullian for today. In a church-culture that increasingly leans towards notions of divine power in terms of servanthood Tertullian’s theology is a necessary corrective. The God who re-creates does so by virtue of his sovereign power as a good and powerful creator. This has significant implications for our understanding of incarnation, church and ultimately divine identity itself. All in all it is a book well worth reading.