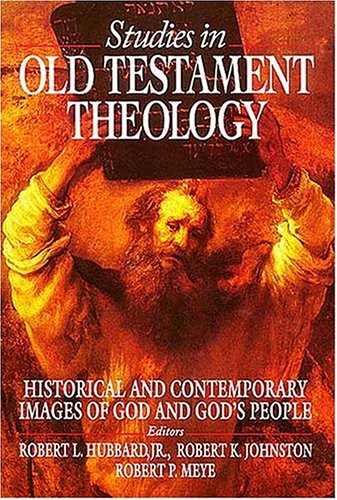 It is a happy combination of topics, contributors and editors that come together in this valuable book honouring Dr David Hubbard, a major, even towering, figure in theological education. The book, another welcome impetus to the discipline of biblical theology, is more focused than most Festschriften. Three themes are systematically traced in turn through the three parts of OT canon. Images in the portrayal of God, images for the people of God, and the contemporary value of the respective canonical division are identified for the Pentateuch, the Prophets and the Writings. The third theme, that of connecting the OT with life in the present, receives additional input in two final chapters, ‘Israel and the Church in the World’ (Richard J. Mouw) and ‘Environmental Ethics and the Covenant of Hosea 2’ (William A. Dyrness). All three themes—God, people of God, and appropriation of Scripture—are highly pertinent to the church today.

The 14 contributors, all seasoned scholars, include teaching colleagues of the honouree, such as Daniel P. Fuller, Frederic W. Bush, John D.W. Watts, Leslie Allen, Richard Mouw and William Dyrness, but also scholars from other points on the theological spectrum, such as Elizabeth Achtemeier (mainline Protestant) and Roland Murphy (Roman Catholic). Two are from the United Kingdom: John Goldingay (‘Images of the People of God in the Writings’) and David J.A. Clines.

The editors, one each from the disciplines of OT, NT and systematic theology, have secured well-deserved and, as befits the honouree, well-articulated tributes (Max Depree, Vernon Grounds, Leon Pacala and Timothy Weber). Robert Hubbard’s essay, ‘Doing Old Testament Theology Today’, is a short, incisive and well-balanced assessment of the discipline, one from which both beginners and veterans can benefit. The indexes are multiple: subject (22 pages!), text, authors, foreign words. A selected bibliography of David Hubbard’s writings extends to seven pages. Chapter endnotes will help the specialist. The reading level is that of upper college.

While the book coheres well around the selected themes, it is not tightly knit as to method. David Clines in his essay on the portrait of God adopts the literary method, and in a teasing way—certainly non-traditional, even mischievous, and for some problematical—reads ‘against the grain’, so highlighting a dialectic resulting in ambivalences and ambiguities: God is present (but apparently absent), God fulfils promises (but often does not), God speaks (but his speaking is ambiguous, concealing). By contrast Leslie Allen, in describing the people of God as depicted in the prophets according to the historical method, stresses (almost too one-sidedly) the well-known covenant dimension. Roland Murphy seems not so much to highlight images of God in the Writings as to detail the genres found in Wisdom, except for the closing observation that Wisdom literature preserves something about the mystery of God.

Similarly, as one might expect in a collection of this nature, viewpoints vary, even collide. Daniel Fuller writes with conviction about the unity of the OT; Clines opines that there is not a graspable unity in the Pentateuch (and that despite his earlier proposal that ‘promise’ is the Pentateuch’s unifying theme). Achtemeier encourages appropriation of Scripture via analogy; Kaiser plays it down. While the book by its design is to focus on images, and so is in step with the current attention given to a right-brained approach to understanding, some contributors have difficulty freeing themselves from a definition-and-analysis approach.

Of considerable value in the book are the essays which outline the contemporary value of the three-part OT canon. By arranging for this set of essays, the editors are declaring that biblical theology is not merely descriptive but is in some sense normative. Whether Walter Kaiser’s fascination with the ‘ladder of abstraction’ is really the best principle by which to make the Pentateuchal laws relevant to today is debatable. Robert Johnston’s article on learning from Wisdom moves considerably beyond the commonplace, and is especially well done. Carl Armerding writes on the relevance of the prophets. Given the three essays of this genre, along with the sensible suggestions by E. Achtemeier on preaching the OT, this book has a strong appeal for the pastor as well as the academic. It will help the student to get a handle on how to think about God, God’s people, and Scripture’s bearing on current questions.