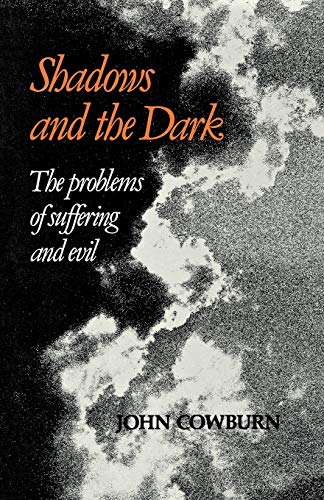 Shadows and the Dark: the problem of suffering and evil

John Hick in his Evil and the God of Love (1966) propounded a theodicy which he claimed was Irenaean rather than Augustinian, which looked forward to God’s final completed purpose rather than back to a historic fall for an explanation of evil. John Cowburn makes the novel suggestion that both ‘Rise’ and ‘Fall’ theodicies have their place in Christian theology; that the ‘Rise’ or evolutionary view is more than adequate to account for ‘physical’ evil (or as he defines it more closely, evil which is nobody’s fault, like earthquakes, animal predators); while we still need a ‘Fall’, with its closely associated notion from the reality of man’s free will, to account for ‘moral’ (i.e. evil which is somebody’s fault).

In the first section, the author acknowledges his debt to Teilhard de Chardin for an evolutionary view of the universe with randomness and free will as key concepts. ‘While there is an overall pattern of growth … many events are unplanned and unpredictable’ (p. 28). He argues that even for God himself the future is inherently unknowable and thus if, for example, a deformed child is born and people ask ‘Did God want this to happen?’ the best short answer, says Cowburn, is ‘No—he didn’t even know it was going to happen’ (p. 37). Cowburn admits that this means disagreeing with Bible writers like Isaiah but finds the basis of their utterances to be ‘a feeling that the future can be known’.

For conservative Christians this neglect of the Bible is bound to be a disappointment for evolutionary optimism is an attractive view. But the trouble with the view is not so much that it fails to do justice to the transcendent God (in whose hand is every detail), but to the imminent God who is within every grain of pollen, the flight of which from our point of view must be seen as ‘random’. One is still left with the uncomfortable feeling after reading even such a lively and persuasive account as this that God is cut down to the size of a demiurge.

The second section where Cowburn deals with ‘moral’ evil is of much greater usefulness. Indeed this is more a piece of pastoral theology than of theodicy. What he does is to analyse and elucidate the mystery of moral evil which cannot possibly have an ‘explanation’ because ‘the fact is that it is no use trying to explain moral evil or to justify its existence: it is inexcusable, unjustifiable, and inexplicable’ (p. 70). He quotes Barth, Brunner, A. Farrer and Lonergan in support. Every preacher and counsellor will find valuable material here, not least in the prolific quotations (from general literature as well as from theologians) but also in the author’s own deft illustrations which reveal the anatomy of sin.

The chapters on repentance and forgiveness are similarly illuminating but they fail by the monumental omission of the place of the death of Christ in the Christian’s experience both of his own sin and that of others.

Does John Cowburn succeed in his main thesis? I think not because of his having to disregard so much Biblical evidence, and as we all know, the data for the problem of evil is meagre enough. I think he is right that ‘Past’ and ‘Future’ explanations or perspectives each have their place in a Christian theodicy, but the ‘Future’ concepts from Scripture are to be found in the doctrines of Resurrection and the perseverance of the saints rather than the doubtful philosophical implications of evolution.

The status of justification by faith in Paul’s thought: a brief survey of a modern debate

Mercy Triumphs Over Justice: James 2:13 and the Theology of Faith and Works

Three Current Challenges of the Occult

Christian Ministry in its Theological Context

by Craig M. Watts
VIEW ALL VIEW ALL

The Text of the Old Testament, An Introduction to the Biblia Hebraica

The Community of the Beloved Disciple: The Life, Loves, and Hates of an Individual Church in New Testament Times

Jesus and his coming

The Study of Theology

Reviewed by Bruce Milne
Systematic Theology
VIEW ALL VIEW ALL