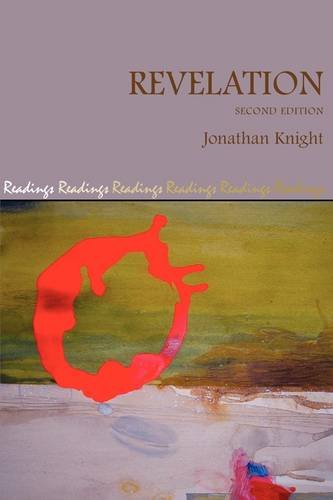 The book of Revelation is best encountered, in the initial instance at least, at a brisk pace. It is all too easy to get bogged down in difficult detail at an early stage and in doing so to lose the dramatic impression created by the whole text. It is a strength of Jonathan Knight’s Reading, therefore, that it does not become engrossed in abstruse detail but instead charts a brisk course through the whole text. The particular co-ordinates of that course are set by Knight’s belief, building on the influential work of L.L. Thompson, that Revelation was not addressed to a situation where the seven churches were directly experiencing persecution. With this setting in mind, Knight portrays John as a prophet who seeks to create and/or reveal a crisis in his hearers’ situation and to offer an approved response to it. John’s crisis, as Knight perceives it, was the predominance of pagan Roman culture and attendant moral laxity in the society surrounding John’s churches. The approved response to this situation. Knight proposes, was a retreat into sectarianism and adherence to a strict code of ethics.

Knight makes, it seems to me, an important point when he argues that John sought to encourage his Christian hearers to carefully distinguish themselves from opposing groups. However, I became confused when it came to identifying who John’s opponents were and why they were so objectionable to him. Having taken some trouble to show that Roman persecution was not an immediate feature of the situation faced by the seven churches, I was puzzled at Knight’s particular emphasis on John’s demonisation of Rome. Thus (following Ramsay’s dubiously accurate assertion), Knight claims that Pergamum was described as ‘where Satan has his throne’ because it was the seat of Roman government in Asia (46). In this vein the ten horns of the dragon (Rev. 12) are identified with Roman emperors (91), the dragon as a whole is also said to symbolise Rome (93). In addition, and more in keeping with majority opinion, the first beast is said to be a clear symbol of Rome (97). Knight also regards the whore who rides the beast as representing Rome (115). At the same time, however, he refuses to allow that John’s opposition to Rome was due to its insistence on worship of the emperor. Thus, when describing the second beast, Knight claims (convincingly in my view) that its activities do not necessarily mean that it was concerned with the imperial cult (99). All this raises the question: why did John consider Rome to be the very devil himself? Knight’s answer would be, I suspect, that John saw Rome as the epitome of moral decay and that it was consequently ripe for judgement. John thus used his revelation to urge his hearers to escape that punishment by entirely separating themselves from the taint of Roman society. If Knight is correct, then John has a stark message for today’s churches. However, the particularity of the opponents mentioned in the messages to the seven churches may mean that John had more specific battles to fight than the blanket condemnation of ‘Rome’ in all it parts.

A further strength of this study is its references to extra-canonical literature. Knight is an acknowledged authority on the Ascension of Isaiah and the current work provides plenty of inspiration to consult that text further in relation to the study of Revelation.

The reading provides a distinctive and potentially fruitful approach to Revelation. However, it cannot, and does not claim to, provide the reader with a comprehensive commentary in which various points of view are balanced and evaluated. This text is therefore one to be read alongside others.