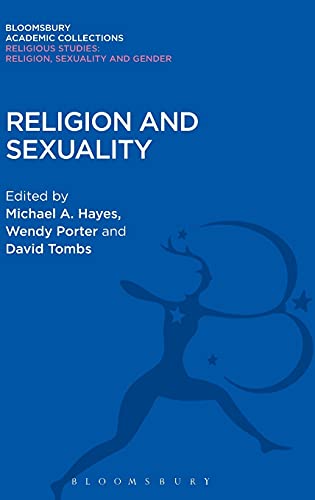 This collection of conference essays is divided into three sections that deal respectively with past, present, and future. Put crudely, to ‘the past’ belong all the characters who were hopelessly wrong about the Christian view of sex, and to ‘the present’ the Bible as understood from within a healthy spirituality. The future is about theological practice, and the discussion is bathed in the rhetoric of ‘bringing in the kingdom of God’. After all, ‘theology, understood as the inclusion of the female in the divine, is presented as a move toward a more open future’ (19).

With so many essays, one can only give a flavour here of the contents.

The first essay deals with the (primitive sense of the] primitive unconscious and has little to contribute. Then there is a fairly workmanlike piece on Islam and woman, with the good news that Shi’i Islam sees women as an image of paradise, although this is somewhat naively interpreted. Another: modern genetics and biology suggest that women came before men—why else do the latter have nipples? Marriage in ancient times was one’s social duty for the greater political good. Porter argues that Paul’s beef with women in 1 Corinthians 14 was not with ‘women’ as such, but with pipe-playing orgiastic worship styles (the verb). Sexual ethics should be done according to the spirit (what we feel now) rather than the letter (the old Bible). Metaphysical poets, such as Crashaw, were obsessed with sex (well, never!). K. McCarron has an article entitled ‘O Come all ye faithful’: orgasm, asceticism and the rhetoric of self-abandonment in de Sade, Bataille and Updike in which the orgasm is seen as the ultimate moment and symbol of despair (guilt the reason for this in Updike, though not so clear in the others).

There is a nice summary of the ‘postmodern’ mindset, represented by De Sade who, ‘haunted by the loss of God’ took delight in his sadomasochistic ‘atrocities, all of which point to an absence of God … seem to wish to attract the attention and the Intervention of a divine agency, to finally provoke him to show himself, but all that looks back at them is the impassive face of a completely indifferent universe’ (168).

Good ascetic spirituality was incarnational, so God loves bodies. Bad ascetic spirituality (Augustinian) is anti-incarnational. They (the ascetics) had to put off the flesh associated with the feminine, and attain the values espoused by the God who occupies the place of the masculine subject, although this is read into the church fathers rather than out of them. Some think that sex is spiritual because it is relational. Mystics use sexual language, even if sometimes this means that religion steals and disenfranchises sex of its language. Yet the overall tendency of recent feminism is the belief that sex is no longer so much for procreation or partnership, but is rather something which ‘grounds us in the present’, stops us feeling that we are spinning off into outer space. Loosed from its place in procreation and partnership, sex is now officially free to be pleasurable: ‘Theology undoubtedly celebrates the embodiedness of lesbian or heterosexual women who individually and collectively reclaim the generative energies of female sacral power that fuel the personal/political/ natural/cosmic cycle of birth, death and rebirth and which have been demonised and parasitised by patriarchal institutions’ (214). Ultimately, sexual reproduction has little real function in theological concepts of the sacred. Perhaps in twenty years or so we shall look at this rhetoric and laugh as we now laugh at that of those who sell Socialist Worker. More seriously, this is to block sex and sexuality off from transcendence, not to free it from it, even if there is something to be acknowledged in postmodernity’s recognition of the limitations of sex. And yet in this extreme form of feminist religion, there is a move from the vulva to the womb, from excitement to psychological safety, a glaring separation, a dualism even.

Evangelical readers will be amused by a piece on that most patriarchally challenged curmudgeon, Tom Smail, who dared to call God ‘Father’. There is a very good essay on Brian Moore, and a thought-provoking one entitled ‘Mary as Mother of the Disappeared in El Salvador’. But that’s about it. Exercise your photocopying rights.