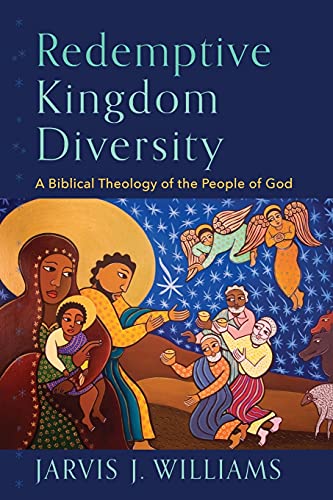 Redemptive Kingdom Diversity: A Biblical Theology of the People of God

Most of the book focuses on tracing the theme of the people of God in the Old (chs. 1–2) and New Testaments (chs. 3–5). After a brief synthesis of his findings in chapter 6, Williams offers “some practical applications to demonstrate a few specific ways the people of God can pursue redemptive kingdom diversity in Christ in the everyday rhythms of life in a racialized society and in an ethnically diverse world” (p. 152). These practical applications address several important issues such as racism, classism, multiethnic churches, and love for one another. Williams argues that the “new chosen multiethnic community in Christ should obey the gospel, be opposed to racism, and be in pursuit of Spirit-empowered love for one another” (p. 151). Addressing matters of racial injustice should be part of the church’s mission (p. 154) to love God and neighbor (p. 171).

Two strengths stand out in this book. First, Williams surveys the theme of the people of God in every major section of the Bible. Williams is clear at several points in the book that he is not aiming at a detailed or comprehensive treatment of each section but at highlighting/discussing selected themes as they relate to the people of God (e.g., pp. 74, 106). In doing so, Williams argues that the Old Testament anticipated the redemption of an ethnically diverse community marked by characteristics such as Torah obedience, concern for justice, and love for neighbor (p. 148). Secondly, as an African American New Testament scholar, Williams brings awareness and understanding of issues of race and ethnicity (especially in the US context) to this biblical theological study. In the introduction, he explains how he is using terms such as race, ethnicity, and “whiteness” (p. 3–6) and helpfully suggests a number of resources for further study in this area. It is, however in his final chapter (“The People of God and Orthopraxy”) that his belief that Christians must “be rigorous exegetes of both the Bible and our own social locations” (p. 155) is most clearly displayed. His socially located perspectives especially in this chapter, helpfully move us beyond many other biblical-theological treatments of the people of God.

However, while Williams does engage with each major section of the Bible, readers will notice the lack of commentary on passages that are often discussed in relation to race and ethnicity in the Bible (e.g., Gen 9:18–27, the so-called “curse of Ham”; Num 12:1 and Moses’s marriage to a Cushite, etc.). Brief commentary or some development on the contribution of such passages would further enrich and strengthen his biblical presentation, application, and thesis in ways that go beyond general comments about the people of God that can be gleaned from other resources. Interaction with other related publications on biblical theology would also have strengthened the overall thesis and situated the book in the context of these other contributions. For example, the biblical-theological treatment of race/ethnicity by J. Daniel Hays’s (From Every People and Nation: A Biblical Theology of Race [Downers Grove, IL: InterVarsity Press. 2003]) does attempt to address passages such as Genesis 9:18–27 (and others) but it is not mentioned or interacted with, even though Williams refers readers to other works on biblical theology (p. 7). Moreover, while Williams uses the language of the church’s mission at various points (pp. 154, 171, 175, 183), popular biblical theological works on the church’s mission such as Christopher Wright’s (The Mission of God’s People: A Biblical Theology of the Church’s Mission [Grand Rapids: Zondervan, 2010]) and Michael Goheen’s (Light to the Nations: The Missional Church and the Biblical Story [Grand Rapids: Baker Academic, 2011]) are not mentioned or interacted with even though they would further support the missional direction of Williams’s thesis.