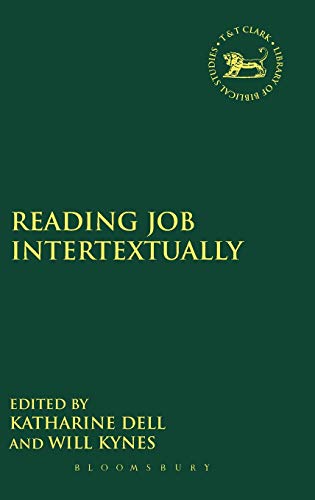 The book of Job’s unique characteristics (e.g., its perplexing conclusion, relative lack of mooring to the biblical timeline, and absence of references to the covenant) can leave the impression that it is an island disconnected from the mainland of the canonical message. This collection of twenty-three essays analyzes Job’s intertextual links to other biblical and non-biblical texts based on linguistic and thematic similarities. These intertextual links demonstrate Job’s connections to the rest of the OT. While previous studies have investigated aspects of Joban intertextuality (e.g., Yohan Pyeon, You Have Not Spoken What Is Right About Me: Intertextuality and the Book of Job, StBL 45 [New York: Peter Lang, 2003]; Will Kynes, My Psalm Has Turned Into Weeping: Job’s Dialogue with the Psalms, BZAW 437 [Berlin: de Gruyter, 2012]), this volume supplements such scholarship by broadening the scope to include investigations throughout all of Job, increasing the number of intertexts beyond the OT, and expanding the methods of intertextuality to include linguistic and thematic similarities. As the inaugural volume in a series exploring intertextuality and OT wisdom literature (a similar volume on Ecclesiastes was published in 2014), these essays capably advance Joban studies by bringing fresh attention to some of Job’s connections with other biblical and non-biblical texts.

An editorial introduction provides three emphases permeating the collection: (1) highlighting the interpretive value of the intertextual connections rather than simply arguing for a relative date of composition; (2) exploring links inside and outside the OT; and (3) including contributions with different methodologies that treat intertextual links as author-intended (“diachronic”), reader-perceived (“synchronic”), or a middle way incorporating elements of both. After the introduction, John Barton’s opening essay presents an analysis of the relationship between biblical studies and intertextuality. He argues that biblical scholars, whether author- or reader-oriented, have transformed what was intended by Julia Kristeva (and others) as a fundamental theory signifying the interconnection of all texts into a method for how to read individual texts. While Barton’s essay probes the historical and theoretical foundations of biblical intertextuality broadly, the remaining essays serve as specific intertextual investigations and are divided evenly into four parts: (1) Job in Dialogue with the Pentateuch; (2) Job in Dialogue with the Prophets; (3) Job in Dialogue with the Writings; and (4) Job’s Dialogue beyond the Hebrew Bible. In these sections, each essay considers the way that the book of Job resonates verbally and/or thematically with another text, whether canonical (parts 1–3) or extra-canonical (part 4).

In order to provide some insight into the variety of the aims and methods within the collection, I will highlight one representative essay from each of the four main parts. From part one, Manfred Oeming proposes that Eliphaz (Job 15:7), Zophar (20:4), and Job (31:33) depend on the theological traditions of Genesis 1–3 to make comparisons between Job and Adam in efforts at condemnation (by Eliphaz and Zophar) or self-justification (by Job). Serving as an example from part two, James Nogalski uses a reader-oriented approach to analyze the uses of the word שׁוב (“to return, repent”) in Job 8–10 and Joel 1–2. Nogalski argues that Bildad and Joel reflect the same theological presuppositions (i.e., that calamities imply guilt) which Job challenges. Bildad’s claims are unfounded, whereas historical and canonical evidence corroborates Joel’s position. In part three, Christian Frevel uses lexical links between Psalm 104 and the book of Job to suggest that various characters (i.e., Job, Elihu, and YHWH) allude to the psalm’s language and theology for their own rhetorical purposes. In the final section, Susannah Ticciati integrates historical theology and biblical studies in an essay that considers the way in which Augustine used Job in his disputes with the Pelagians. Ticciati proposes that Augustine’s explicit references to Job’s words twist his meaning, but that resonances between the theological worlds of Augustine and the book of Job reveal a measure of compatibility leading to a mutually informing understanding of both Augustine and Job.

This volume deserves strong commendation. Taken cumulatively, the articles ably demonstrate the interconnections of Job’s language and message with other biblical and non-biblical texts. At the same time, the design of the volume as a collection of isolated probes which examines Job’s relationship to other texts contains some inherent limitations. One such limitation is the uneven treatment of the various Joban characters (e.g., Elihu’s intertextual links are relatively unconsidered compared to Job and the three friends). Additionally, the differing methods of analysis and presuppositions regarding Job (e.g., its compositional history and theological message) mean that some essays are mutually exclusive; this complicates the synthesis of the essays into a holistic account of Joban intertextuality. Yet these limitations do not detract from the quality of the individual essays, nor from the significance of the whole, since the various methodologies allow for a more thorough examination of the topic by reflecting the current diversity in analysis of biblical intertextuality.

In sum, this volume accomplishes its central purpose of bringing much-needed attention to the intertextual links between Job and other texts, so that biblical scholars no longer need to begin by justifying their search for Job’s verbal and thematic links with the rest of the canon. Rather, they can move on to scrutinizing the nature and extent of those links for their exegetical and theological significance. Accordingly, those interested either in detailed work on the book of Job or in biblical intertextuality (and especially both!) should benefit from reading this volume.