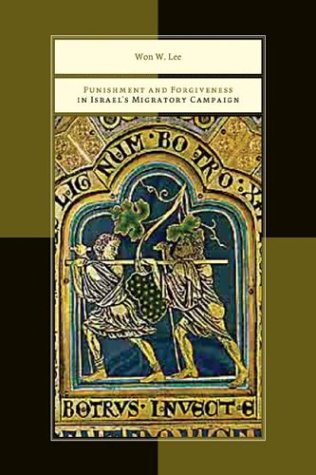 The book of Numbers is one of the least studied books of the Bible, not least because of its seeming lack of theme and structure. According to Lee, the central problem in the interpretation of Numbers is the failure to detect a convincing and meaningful structure for the book.

Thus, Lee’s leading concern is to ‘articulate the interrelationships among the many units of Numbers 10:11–36:13 with an empirically verifiable procedure’ (p. vii). Within the overall objective to demonstrate a meaningful macrostructure of Numbers 10:11–36:13, he first of all seeks to establish the self-contained unity of the second block of Numbers. Numbers 10:11, Lee notes, marks a clear shift from the wilderness in Sinai (Num. 1:1–10:10) to Israel) years of wandering in the wilderness towards the Promised Land (10:11–36:13). Lee then identifies 36 distinct smaller text units with their own distinct perspectives. Finally, according to Lee, these units are organised at different hierarchical levels but are all connected by, and owe their existence to the overall conceptuality of ‘Israel’s failure to conquer the Promised Land from the south’ (284). Lee argues that the overarching conceptuality of the second block of Numbers is divine punishment and forgiveness in Israel’s migratory campaign.

Lee ascribes great importance to Numbers 13:1–14:45. Israel’s failure campaign to enter the Promised Land marks a decisive break in the macrostructure of the second block of Numbers. The scout narrative comes as the climax of several rebellions against Moses and YHWH himself. As punishment, YHWH denies the Exodus generation entrance into the Promised Land and pronounces death in the wilderness to the rebellious. He argues that chapter 20 as a whole marks the completion of YHWH’s punishment and Numbers 21:1–3 signals the beginning of forgiveness. According to Lee, the divine forgiveness comes primarily to expression in the fulfilment of YHWH’s promise to take the next generation into the Promised Land.

Ensuing from his predominantly synchronic treatment of the text, in his conclusion Lee offers some interesting diachronic reflections to stimulate further research in areas such as the Sitz im Leben and the theological intention of the macrostructure of Numbers 10:11–36:13.

On the whole, Lee demonstrates well that the final shape of the text deserves to be taken with utmost seriousness. Although he is cautious not to harmonise the distinct witness of individual units into an overruling macro-category, it is perhaps inevitable in such an undertaking that the witness of individual units is flattened and subtleties are overlooked. For example, in Numbers 13–14 Lee argues that YHWH’s forgiveness comes primarily to expression in the extension of the covenant relationship to the next generation and the gift of the Promised Land. Without denying the importance of these two factors, a closer reading reveals that YHWH’s grace and mercy is also demonstrated in the fact that the rebellious generation is not annihilated on the spot as initially announced (cf. Num. 14:12, 15, in contrast to the disloyal scouts, 14:37). As a result of Moses’ paradigmatic prayer, Israel is allowed to bring forth children who will become the bearers of the divine promise while they themselves are allowed to die a natural death on their wanderings. Although Israel’s years in the wilderness are the result of divine judgement, with hindsight, Israel came to see these years as a period of divine providence, discipline, and learning (cf. Exod. 16, Deut. 8, Amos 2, Jer. 2, Hos. 2).

Overall, Lee deserves credit for tackling an important area that has received little attention. His thorough treatment of chapters 10:11–36:13 makes a significant contribution to our understanding of the structure and meaning of Numbers. The book, however, is rather for the specialist. It is not an easy read both language-wise and in terms of structure and clarity. Lee dedicates almost one hundred pages to the analysis of the structure of individual units. It is regrettable, however, that within that long section there are neither clear subheadings nor summaries or guidelines as to how the individual units relate to the overarching theme of punishment and forgiveness. More signposting would have been desirable.