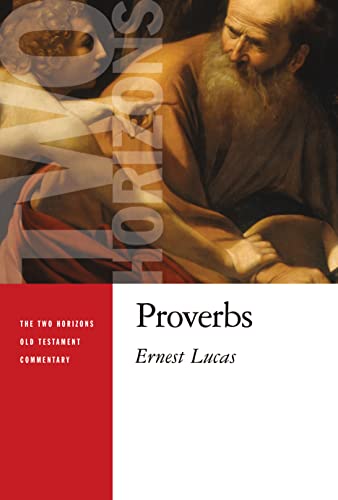 In the second part (commentary), Lucas exegetes the text of Proverbs. He conservatively interprets the text, focusing on grammatical and historical observations. His occasional discussion of individual proverbs in relation to the New Testament shows that his work also engages the book of Proverbs within the canon of Scripture. For example, Lucas draws a connection between Proverbs 4, which speaks of light and darkness, and the New Testament, which contrasts light with darkness (pp. 67–68).

His non-reliance on early Christian interpretation is confirmed by the sources he uses. Within the commentary section (part two), he primarily cites other contemporary commentaries (e.g., Michael V. Fox, Proverbs 1–9: A New Translation, AB 18A [New York: Doubleday, 2000]; Proverbs 10–31: A New Translation with Introduction and Commentary, AB 18B [New Haven: Yale University Press, 2009]; William McKane, Proverbs: A Commentary, OTL [Philadelphia: Westminster Press, 1970]) or dictionaries (e.g., NIDOTTE). For a self-consciously theological commentary, it seems odd that Lucas relies so much on contemporary exegetical and theological sources. Because he excludes pre-modern exegesis and theological judgments, his commentary lacks important theological voices.

Lucas nevertheless skillfully summarizes the commentaries on the book of Proverbs and provides a high-level overview. His introduction (part one) and commentary (part two) generally do not add anything new to the field of Proverbs studies because they focus on summary rather than arguing for a particular position. The effect is that his commentary is a valuable reference work; he rarely presents original arguments (one exception, however, is his proposal for a conscious editorial strategy in Proverbs; pp. 21–22).

The strongest contribution that Lucas makes is his theological horizons essays (part three). For example, Lucas provides helpful insight into how Proverbs understands both acts and consequences. He shows how many of the proverbs communicate general truths, which nevertheless are not absolute. For instance, Prov 17:17–18 says that a “friend loves at all times” but finishes by saying that you cannot trust some friends (v. 18). The sages thus knew that proverbial wisdom was only that—proverbial. The seemingly contradictory nature of certain proverbs actually proves that sages understood the difficulties of the human experience: “The fact that the sages created or collected such ‘contradictory’ proverbs shows that they were well aware of the complexities of life” (p. 206).

Teachers and preachers will find Lucas’s theological essays to be helpful guides as they prepare lessons or sermons. He excels in clearly summarizing and presenting what others have said. His theological essays, consequently, represent well-reasoned and safe conclusions for those who minister the Word. The exclusion of pre-modern interpretation, however, unfortunately weakens the theological value of this book. I would recommend it to those who do not own a commentary on the book of Proverbs, and to those who desire to read contemporary theological reflections on the text.