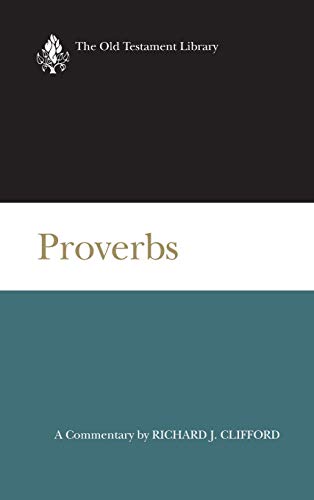 In his preface, Clifford makes the disarming comment that the instructions found in the book of Proverbs are ‘remarkably empty of “content” ’, and that its maxims are ‘often trite’. This is too much of a generalisation. But, paradoxically, this very banality becomes for Clifford a key to understanding the book. If the content of Proverbs is banal, the forms used to express this content are not. As a result, Clifford focuses more than most commentators on the poetical devices and the rhetorical figures of Proverbs. When discussing a saying, he often points out the subtle arrangements of material into well crafted and concise units, of which the aims are to engage and persuade the audience. He shows well that the meaning and force of a proverb is inextricably linked to its poetical form, and in many cases he considerably clarifies the meaning of a whole saying.

The introduction discusses standard matters such as the date of composition and editing of the book, its historical context, the wisdom literature that Proverbs inherited and its own influence on later literature. A large place is given to a discussion of Mesopotamian wisdom texts, since Clifford clearly believes that the wisdom of Israel is best understood against a background of Mesopotamian ideas. Some of these ideas guide his interpretation of passages still little understood (Lady Wisdom, the ‘foreign woman’ of Proverbs 1–9, the seven men of 26:6). While these are interesting, the reader will have to remember that explanations borrowed from foreign texts remain speculative. Two other sections discuss, though regrettably too briefly, the distinctive ideas of Proverbs and the meaning of the book for today.

In the commentary, chapters 1–9 are divided into ‘Ten Lectures’ interrupted by three ‘Interludes’ and three ‘Wisdom Poems’. Chapters 10:1 to 22:16, which constitute the first long collection of the ‘Proverbs of Solomon’, are divided into sections corresponding to the traditional chapter divisions. The end of the book (22:17–31:31) is examined according to the divisions within the text itself. Each section has an introduction, which discusses matters of date, provenance, literary structure and interpretation, followed by the author’s own translation, textual notes and a verse-by-verse commentary. In his translation, Clifford seeks to render into English the ‘compression and wit’ of the Hebrew proverbs. This is a difficult task and perhaps his translation is too modern and idiomatic to be able to capture the Hebrew poetry well. It removes the staccato effect of the Hebrew, as well as the ambiguity often present in the original. But at least it is a fresh translation that provides the reader with some new perspectives on the text.

Individual proverbs are clarified in a variety of ways: through grammatical points, the semantics of words, comparisons with modern translations, cross-references, and cultural references. Overall the comments are of a rather technical nature, and readers will still have quite a bit to do on their own to find contemporary relevance.

In short, Clifford’s commentary is a richly informative reading of Proverbs, and a helpful tool in the study of the book. Whilst not being itself a meditation on the text, readers will find it useful for prompting their own intelligent reflection on the Book of Proverbs.