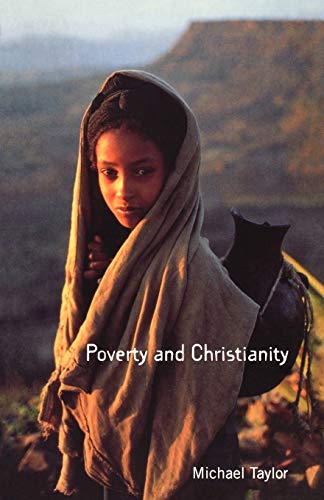 The four chapters of this book were first delivered as public lectures by the author who is currently Professor of Social Theology in the University of Birmingham. From 1985–97 he was the director of Christian Aid. He is, therefore, well placed to tackle the issue of ‘poverty and Christianity’.

In the first two chapters he discusses two challenges to his faith that resulted from direct contact with immense poverty and suffering. The first was the realisation that poverty and the suffering that flows from it are normal. This forced him to look again at the problem of evil and contemporary theodicy. He is attracted to Vanstone’s God, (described in Love’s Endeavour, Love’s Expense), who makes mistakes, lacks foreknowledge and needs to learn like his human creatures. But he was surprised to discover from his contact with Christians and theologians who live constantly with poverty and suffering that they are hardly concerned with theodicy. They are much more concerned with doing something rather than talking about poverty.

The second challenge to his faith was the realisation that all humanitarian effort, Christian or otherwise, does not seem to make that much difference to the level of inhumanity in the world. This leads him to discuss sin, which he understands as insecurity rather than perversity, and principalities and powers, where he accepts Wink’s demythologised understanding, as reasons for the lack of success of a better way. In this context Southern theologians help us to see that the success of a Western Christianity closely wedded to earthly power may in fact be a failure of true Christianity. He concludes by expressing hope not in a Paradise lost and regained but in a process in which God and humanity strive together to create ‘a world out of chaos for the first time’ [63].

In Chapter 3 he discusses the place of Christian theology or doctrine in framing social policy. He found that in both Christian Aid and the World Council of Churches there was a lot of scepticism about the contribution of theology to development policy. However, as director of a major research project running in 21 countries from 1999–2001 he has attempted to devise a methodology for its inclusion. But what he has in mind is the pooling of individualistic experiences. There is no authoritative doctrine beyond the individual subject.

In the fourth and final chapter he describes what is needed to create a world out of chaos, or to at least move in the direction of such a world. What he calls the ‘marks of creativity,’ that he has observed in his many visits to the Third World, are Participation, Confrontation, Solidarity and Sacrifice. Having looked at the doctrines of atonement and the life of Jesus of Nazareth he concludes that these marks are compatible with Christianity.

Taylor makes a valiant attempt to preserve the significance of his subjectivist understanding of Christianity face to face with poverty but leaves one wondering whether what he tries to preserve is worth the effort. His Christianity offers nothing that cannot be found equally well elsewhere. He may end his volume emphasising hope but what real hope is there from a ‘god’ who is locked in a process of learning and is no more in control than we are. Real hope can only come with help from a transcendent God of grace.