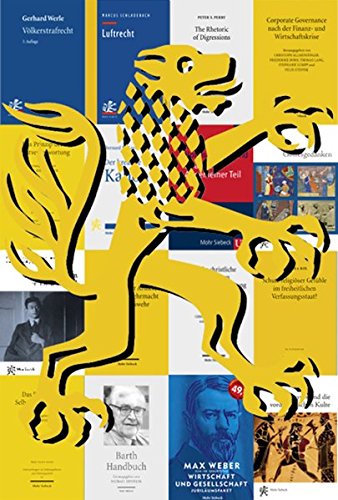 POLYCARP AND THE NEW TESTAMENT. THE OCCASION, RHETORIC, THEME AND UNITY OF THE EPISTLE TO THE PHILIPPIANS AND ITS ALLUSIONS TO NEW TESTAMENT LITERATURE

Polycarp, Bishop of Smyrna in the first half of the second century, was a key figure in the early church. He is the subject of the earliest extent Christian Martyrdom and the author of a surviving letter or letters to the Christians in Philippi. Polycarp is also an important link between the late first century and the middle of the second and, potentially, an important witness to the use of some of the writings canonised as the NT, Two recent monographs agree that Polycarp is a more important theologian than some modern scholars have allowed, and that he has much to tell us about the early reception of at least some of the NT.

Hartog’s study is intended to ascertain how the study of Philippians may be helpful in assessing various questions about the documents of the NT, but he insists that such questions should be addressed only after Philippians has been studied in its own right. Much of his monograph is therefore taken up with an assessment of the occasion, epistolary features, rhetoric, theme and unity of the letter. He begins with a review of critical scholarship, noting especially the debate over the integrity of the letter. Its main concern is to expose and refute not heresy but greed. Philippians 3 introduces the theme: righteousness Polycarp acknowledges the Philippians request for a letter on this theme, and expounds righteousness in a Matthean ethical rather than a Pauline theological sense. Thus the situation which the letter sets out to address determines the meaning of the word: Polycarp is not reneging on Paulinism, for his concerns are ethical, exhorting his readers to respond appropriately to a crisis occasioned by the greed of Valens, a leader in the church in Philippi. This is the major occasion and primary purpose of the letter.

Hartog characterises Polycarp as conservative, in that he makes constant reference to traditional material. However Hartog argues that Polycarp is far from non-creative and unoriginal because he applies such traditional material to the situation caused by the sin of Valens and the resulting social chaos. Therefore, argues Hartog, when considered as one rhetorical unit, the letter may be seen as one coherent whole which is intended to encourage the Philippians in the crisis occasioned by Valens.

Not until chapters 11–13 does Hartog turn to questions concerning Polycarp’s use of writings later canonised as the NT, to his attitude to Scripture and to his relationship to Paul. Unfortunately a lack of methodological rigour and somewhat erratic discussion makes his conclusions less than secure.

Whereas Hartog concentrates mainly on reading Philippians in its own right before using it as a source for questions of NT interpretation, Berding does the opposite. His preliminary discussion of Polycarp and the letter is brief, and he favours Harrison’s theory of a conflated text, albeit of two letters dated early. Berding writes to address the lack of a full-length study of Polycarp’s use of the NT, and to ask the supplementary question of whether Polycarp imitates Paul. He argues that if Polycarp’s letter must have a single purpose, then that purpose is to respond to the Philippians’ request for a letter about righteousness. Berding speculates that the Philippians may even have asked Polycarp to write to them about righteousness as Paul did. However Polycarp responded in such a way to indicate that he understood their invitation as a request to focus upon righteousness as righteous living, an ethical impulse, not as a fundamental theological concept.

Berding analyses Polycarp’s use of sources systematically, providing summaries at the end of his discussion of each chapter of Philippians. He also presents the results in appendices arranged by the order of Philippians, by the degree of probability of use, and by source. This makes it very easy to use the book as a reference tool, and this discussion and its results are likely to be an indispensable starting point for further research.

Inevitably, the force of Berding’s conclusions must depend on the detail of Berding’s discussions. His treatments are usually clear and thorough, but his tendency (in line with his methodology) is to make judgements in favour of literary dependence wherever possible. To this reviewer at least, Berding’s methodological framework demands that he find a very high number of references to NT writings. Hence his list of the books on which Polycarp has drawn is longer than Hartog’s.

Both monographs are welcome and complementary contributions to the study of Polycarp’s Letter to the Philippians in particular, and to the wider study of the Christian Hinterland of the NT. Neither is likely to be the last word on Polycarp and the NT, but each makes a contribution to our understanding of Polycarp and the light that he sheds on certain questions of NT interpretation. Both books also demonstrate the importance and value of studying other early Christian texts alongside the NT.