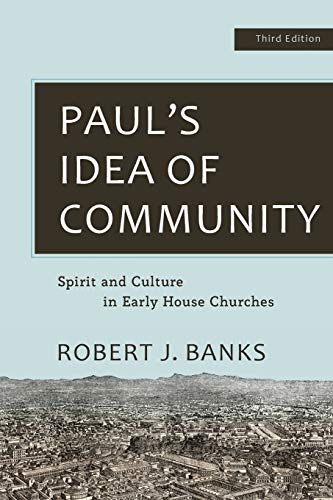 The post-WWII era saw a world-wide explosion of interest in ecclesiology. Conciliar bodies such as Vatican II and the World Council of Churches gave their attention to the doctrine of the church, while the ecumenical movement longed for institutional church unity, putting time and energy into bringing denominational leaders together. From the 1960s, groups such as the Jesus People embarked on experiments in Christian community, forming communes, intentional communities, and house church movements.

In Australia, key post-war figures embarked on an ambitious venture into the biblical theology of church. The theological construction now referred to as the “Knox-Robinson view of church” was its fruit. This view emphasized the intermittent nature of “church” as gathering. Church, as Barth said, was an event, a moment in which the people of God gathered in time and space (God Here and Now [New York: Routledge, 2003], 75–104). It is not the institution, nor even the collective noun for all Christians everywhere, but rather a specific activity of God’s people.

Robert Banks’s classic 1979 study, Paul’s Idea of Community: Spirit and Culture in Early House Churches, is a product of this ecosystem: the post-war interest in ecclesiology, the practical experimentations in community of the 1960s and 1970s, and the work of Sydney Anglicans on the biblical theology of church. This year it has been released in a third edition. This is a welcome development. It continues to deserves a wide readership.

Paul’s idea of church has been long studied. The innovation of Banks’s book was to ask a wider question, what was Paul’s idea of community? After all, communities are what Paul helped to create. He began them, maintained them, and thought deeply and practically about how they should function. His writings, according to Banks, have left behind the “most clearly developed and profound understanding of community in all the early Christian writings” (p. 1). Indeed, Paul’s writings represent the most profound understanding of community with which antiquity has gifted us.

By framing him as a theologian of community, Banks is able to bring Paul’s ideas into conversation with contemporary concepts and institutions: whether the Greco-Roman πολιτεία (“public life of the city”) and οἰκονομία (“household order”), the various voluntary associations (collegia), or the Jewish community expression of synagogue or sect. This leads to a rich vein of comparative work throughout the study. Banks, himself an ancient historian, is a sure-footed guide to the primary sources.

On the idea of church itself, Bank’s argues vigorously that the semantic range of the word ἐκκλησία refers to an actual gathering or assembly of believers rather than to any wider body. Christians in a region cannot be referred to collectively as “Church,” nor can a fellowship of churches refer to itself as the Church. A region may have within it churches; it does not have a Church (page 28).

Having established gathering as a function of the community, Banks goes on to explore Paul’s vision for the local community in terms in wider terms—as a household of familial love, a learning community, and as a site of shared meals, mutual ministry, and local leadership.

For Banks, the authorship of the Pastorals is an open question. Final judgement on the matter is a “close call” (p. 172). The discussion of the issue is brief, insightful, and illuminating. However, the decision to discuss the Pastorals separately at the end of the book has its inevitable effect. For many scholars the Pastorals are the point at which, allegedly, emerging order and formally recognized leadership begin to emerge, whereas Paul’s undisputed letters seem to evince a more organic, house-based, and informal form of community. There is something of a Catch 22 here. If the Pastorals are the products of a different author than the apostle, then two different and somewhat competing visions of Christian community are in play. If, however, Paul is responsible for the Pastorals, then the invitation is to ponder how these different emphases might be part of a wider, coherent vision. Banks’s own discussion is judicious and balanced. But the structural decision to place the discussion at the end inevitably pushes the discussion in one way and not another.

For me, it would be interesting to see a discussion on whether Paul’s communities reflected communities as a particular stage in their life. Given Paul’s main writing all emerged within the decade of the 50s, the communities he addresses are by necessity young. Could it be that some of their features, to which we import theological significance, are simply features of any comparably human community of a similar age and provenance?

This edition includes the magnificent appendix, “Going to Church in the First Century.” This narrative, which was originally written as a separate accompaniment to the first edition, has had a life of its own, being widely read in a range of contexts—mission teams, churches, church planting networks—contexts in which people have had reason to grapple with the actual experience of church in time of the New Testament. It is a fictionalised, first-person, account of a non-Christian man, called Publius, attending church in first century Rome. This chapter alone justifies the price of entry.

I began by framing this book as a product of the renewed interest in ecclesiology and community which sprung, mid-century, from various quarters, and more particularly within a scholarly and practical conversation emerging from Sydney in the 1960s and 1970s. Banks himself has been not merely a scholar, but himself a practitioner of experiments in Christian community and public theology. What was it about the 1960s and 1970s that made for such a propitious season of theological reflection on ecclesiology and Christian community? And why, in the period (roughly) 2000–2010 was there a revival of interest in these ideas under the banner of the emerging church movement? These are, to me at least, interesting historical questions.

This is not to suggest the book’s value is as an historical artefact. On the contrary, its careful and up-to-day scholarship, and the creativity of its questions make it an abiding and authoritative study of the topic. I am glad it is available to the next generation of students.