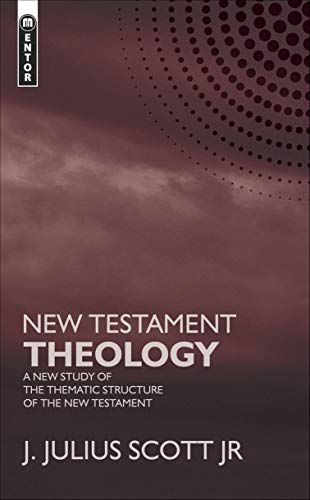 Scott, now professor emeritus of biblical and historical studies at Wheaton College and Graduate School, taught an undergraduate “New Testament Survey” course from 1970 to 2000. This book originated from that class to fill a gap: “I looked in vain for a survey of New Testament teaching somewhere between the elementary level and that of a specialized, technical New Testament theology” (p. 7). Scott wrote the first draft of this book in 1993–94 and continued to tweak it after his retirement in 2000 (p. 7).

New Testament Theology (henceforth NTT) is a basic introduction to the NT with a biblical theological method. NTT is intentionally simple: “Keeping in mind the audience I envision, I have chosen to focus primarily upon the surface meaning of the text” (p. 23; cf. p. 25).

NT theologies generally approach the topic in one of two ways:

Frank Thielman’s recent “canonical and synthetic approach” combines both approaches, tracing the distinctive themes in each book of the NT one at a time (hence, “canonical” or analytic) but also including summaries that demonstrate a unity amid the diversity (hence, “synthetic” or thematic).

Although the book’s back cover suggests that Scott’s NTT is a via media between an analytic and thematic approach, it is another thematic approach that attempts to answer what Scott sees as the seven major questions with which the NT is preoccupied: (1) Who is Jesus? (2) What must I do to be saved? (3) How should the Christian live? (4) What is the church? (5) What is the church’s relation to society? (6) How shall it end? (7) What does the NT teach us about God? The answers to these questions “comprise the basic message of the New Testament, the central New Testament themes, and the foundational elements of New Testament teaching” (p. 21).

Scott answers these seven questions by usefully organizing the biblical data. For example, he answers the question “What must I do to be saved?” under the following headings: (1) the need for salvation; (2) the ministry of Jesus: the provision of salvation; (3) the proclamation of the early church: the exposition of salvation; (4) the vocabulary of salvation: some terms used by NT writers to describe various aspects of the effects of the work of Christ; (5) the work of the Holy Spirit: the application of salvation (pp. 95–130). It is evident that Scott has spent decades studying and communicating the NT’s message.

NTT has some drawbacks: