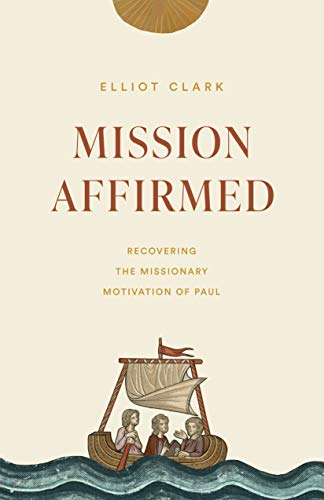 Jesus’s final earthly instructions to his disciples issue a clarion call to “make disciples of all nations” (Matt 28:19). These instructions—particularly the bit about “all nations”—have launched the church into the global task of disciple-making. The church has come to often refer to this task as “missions.” Throughout church history, one encounters a hodgepodge of success (i.e., the Moravians) and failures (i.e., the Crusades) in global disciple-making efforts. On the whole, however, research by groups such as the Joshua Project shed light on the enduring advance of the gospel. Despite marked difficulties in penetrating certain blocks of the remaining unreached (most notably in India and some Muslim contexts), mission efforts continue to adjust to geographic, linguistic, religious, and socio-political obstacles in an effort to close the gap on what remains of the task.

My concern, and one reason for writing this book, is that we’re living at a time in global missions today in which the gospel and faithful ministry are threatened by the tyranny of the urgent. We’re driven by a vision of “Mission Accomplished.” To that end, we’ve often sacrificed the important for the immediate, the best for the most pressing. Over the past few decades, as our focus has been on reaching the unreached and finishing the task, we’ve increasingly prioritized rapid reproduction, with a programmatic and results-driven focus that looks more like Western capitalism and business franchising than genuine Christlike servanthood and faithful stewardship. (p. 23)

For Clark, in contrast to the driving force of pursuing “mission accomplished,” the apostle Paul strove for something else—the affirmation of God. Clark argues that the prospect of divine evaluation (and hoped-for commendation) animated Paul’s preaching (1 Corinthians 9:27) and also motivated his missionary endeavors (1 Cor 3:5–8; p. 27) In contrast with Paul’s theocentric concerns, contemporary missionary methods seem to prioritize anthropocentric concerns, valuing rapid multiplication through the use of almost any means.

Throughout Mission Affirmed, Clark calls his readers to assume Paul’s missionary objective for themselves: pursuing the commendation of the Father (p. 151). Clark contends that it is only the divine assessment, “well done good and faithful servant” (Matt 25:23), which provides sufficient grounding for the task. Contrary to popular methods focused on speed, a faithful missionary cannot merely chase numbers regardless of the cost (p. 153).

In presenting Paul as an exemplary missionary model, Clark builds much of his argument from his study of 1 and 2 Corinthians. His summary of Paul’s methods is drawn from examples he detects within these letters and it is supplemented throughout with excerpts from missions history. Clark’s critique of contemporary missionary methods presents episodes taken from Paul’s missionary journeys as a foil to help the reader understand that the differences in approaches are not simply misreadings of a particular context. Nor are these differences merely a result of accessing and applying modern social theory to missiology. Rather, some of the methods represent a departure from Paul’s example and perhaps—even more seriously—from essential biblical doctrine itself.

The strengths of Clark’s focused exegetical work in the letters to the Corinthians could, perhaps, also be seen as a weakness. Though he makes a serious case for Paul as the prototypical missionary from these two letters, his argument could have been strengthened if he would have extended his analysis to other New Testament writings and apostolic examples. Observing the ministries of Peter and Barnabas, for instance, certainly could have reinforced Clark’s critique of contemporary mission methodology.

Additionally, though Clark notes that the book assumes that the Pauline approach is worth emulating, he does not take the time to make the case for why the Pauline approach is still valid today. For readers who cut their missiological teeth on Hesselgrave and MacGavran, Winter and Peters, this might not be problematic as Clark would be preaching to the choir. But for the generation of missionaries whose mission theory is expressed in CPM and DMM approaches, the need for a Pauline apologetic cannot be overlooked.

In sum, Clark has done the Church in the West a favor by shining a bright light on contemporary mission practice which at times has adopted both means and ends which value rapid advance and task-oriented completion over and against a Pauline example. His work issues a needed reminder that we must put pursuit of the affirmation of God ahead of all other motives—even in missions and among the perishing. As the Church continues its efforts to see the Gospel penetrate yet further into the many as-yet unreached domains, she would do well to heed the advice that Clark offers here.