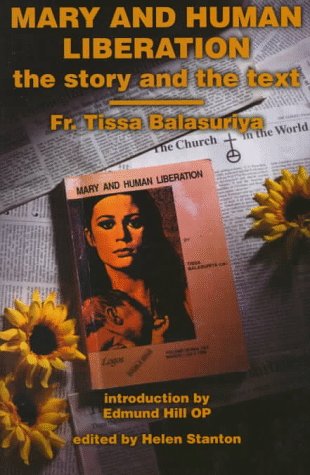 Mary and Human Liberation: The Story and the Text

As well as including a full English version of the original text, this volume traces the controversy surrounding the publication of Mary and Human Liberation. Originally published in 1990, the work caused consternation amongst Roman Catholic church officials, and eventually resulted in Balasuriya’s excommunication. The text itself focuses on the role of Mary in society and theology, and in particular the way presuppositions determine the standing of both people and doctrines within the church. As a text there is little original, yet its fascination comes from the reaction it provoked. The following pages enclose copies of official letters, including those from Cardinal Joseph Ratzinger’s office. A fascinating study for all those interested in church power and authority, and the politics behind the theology.