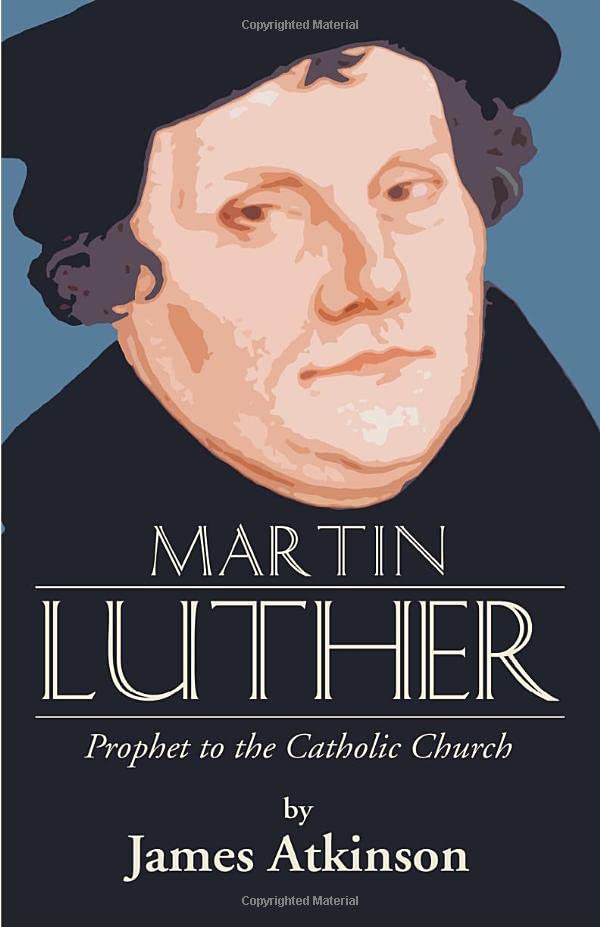 This is a book that fairly takes the reader’s breath away! The author, formerly professor of Biblical History and Literature at Sheffield and latterly librarian at Latimer House, the Anglican evangelical research centre in Oxford, is well known for his scholarly appreciations of the great Reformer. Here his enthusiasm surpasses all his earlier productions. The first two chapters survey the long and sorry saga of polemical Catholic misrepresentation of Luther, and then the more positive assessment by Catholic scholars from Joseph Lortz (1939) onwards. English-speaking Catholics lag somewhat behind German and French in this exercise. These surveys make surprisingly lively reading. They presuppose no knowledge of Luther and avoid detailed technical issues.

‘Luther, who divided Christendom, will yet prove the ground of its unity’—such is the thesis of the major part of the work. The time is ripe for Catholicism (which became ‘Roman’ only by rejecting Luther) to listen to prophet Martin. The abuses Luther attacked ‘are all dead and gone’, because reformed, largely by Vatican II. Indeed, Catholics are becoming more like Protestants, e.g., in studying and preaching Scripture and in charismatic experience, and Protestants more like Catholics, e.g., in liturgy and spirituality. Under the leadership of ‘a distinguished line of great popes’ from John XXIII on, Catholicism has become ready to receive not so much Luther’s theology as his fundamental religious experience of Christ, which is what the doctrine of justification points to. The beginnings of the Reformation were experiential, not doctrinal.

The author’s passionate advocacy of Luther gives the book its strengths and weaknesses. Its central chapters are vigorous but undisciplined and repetitive. It is prone to exaggeration and selective forgetfulness. Luther emerges virtually unblemished, and is accorded the significance almost of an agent in salvation-history itself. (The closing pages show Luther spoken of by his contemporaries as prophet, apostle and even Christ.) A few of the unacceptable features of Vatican II are indicated, such as its account of priesthood and portrayal of Mary, but the argument is surely over-optimistic about ecumenical prospects between Rome and Protestants.

But at the same time its pages throb with Luther’s Christ, clothed in his gospel and proclaimed by the Word of God in Scripture. It may prove most useful as a basis for discussions with Catholics, for its challenge is warmly evangelistic as well as evangelical. Nor does it speak solely to Catholics. Not all readers of Themelios will agree wholeheartedly with the author’s brand of ‘Lutheranglicanism’ (to coin a word). It distinguishes carefully between Word of God and Scripture, ascribing infallibility only to the former, and seems to welcome the liberty Luther carved out for the tradition of biblical criticism in German Lutheranism. But the author finds Protestants almost as much in need of Luther’s prophetic word as Catholics.

So this is not a textbook of Luther’s theology but a tract for the times. Prophets are not noted for balance, whether in the sixteenth or in the twentieth century. We need this kind of vibrant, partial provocation, that we too may care for the diffusion of a gospel mighty enough to overcome even the divisions of the Reformation.

Issues for the church in a multi-racial society

Who is my neighbour?

Race, class, caste and the Bible

Church and state in South Africa

by James J. Stamoolis
VIEW ALL VIEW ALL

The Old Testament and Criticism

Mark. The Gospel as Story

The Gospel of John: Introduction, Exposition and Notes

The Faith of Jesus Christ. An Investigation of the Narrative Structure of Galatians 3:1–4:11