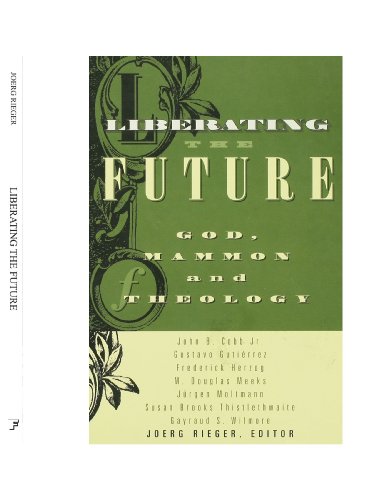 The common thread of this diverse collection of essays from representatives of liberation, political, feminist and black theology is how theology should respond to economic globalisation.

The title might have been ‘the future of liberation theology of liberation theology’. Gustavo Gutiérrez courts the possibility that liberation theology might belong to a passing context. He concludes that its fundamental contribution—which he says, is ‘the preferential option for the poor’—is still valid with unrestricted markets creating greater social exclusion. Jürgen Moltmann defends the different guises of political theology—theologies of peace, ecology, feminism and human rights—from the charge of faddishness. Joerg Rieger says the context of contextualisation cannot be defined by my concerns alone, but must include the ‘other’. This creates the potential for ‘common interest theology’ rather than the marginalisation of liberation theology as a special interest.

There are also signs of a growing critique of postmodernism from liberation theology. Both highlight the link between truth and power. But by denying all truth, postmodernism denies the truth of the underside. If you deny alternative projects, says Gutierrez, the first victims are the poor and marginalised.

But the main theme is globalisation. There is a consistent call for theology to, in Reiger’s words, ‘to watch the money’. Economics should not be left in the hands of economists. ‘Those who worship God’, says John Cobb, ‘should not yield to the expertise of those who service idols’.

In an impressive essay Cobb argues that what he calls ‘economism has become the global religion of our time, that it is idolatrous, and that Christians should name its god, wealth, as an idol’. Cobb’s thesis is nothing new. Describing shopping centres as the new cathedrals has become commonplace. But the deadly seriousness with which he names this idol should cause us to pause. Cobb acknowledges the strengths of market economics, but outlines its inability to deliver all it promises, especially to the poor. Indeed, what each author demonstrates in their different ways is that the omnipresence of the global market economy is matched the omnipresence of the poor and marginalised.

Meeks’ essay notwithstanding, the overall impression is of liberation theology still able to articulate radical questions, but unable to provide answers. The lack of an alternative to market economics is, by its very absence, one of the most apparent aspects of the book. The one common answer is that we should listen to the poor. Yet, despite disavowals, it sounds somewhat romantic. We have a book of academic theologians telling us to listen to the underside while they mediate those voices for us through their own ideological grid.

But evangelicals should not be too critical for it is doubtful whether we have more convincing answers. More than one writer points out that 25,000 children die each day from preventable causes. Globalisation is not improving this and may be making it worse. Those who worship the God who upholds the cause of the oppressed cannot ignore globalisation.

The book is dedicated to the late Frederick Herzog—how embarrassing then to have a typo in his name in the dedication.