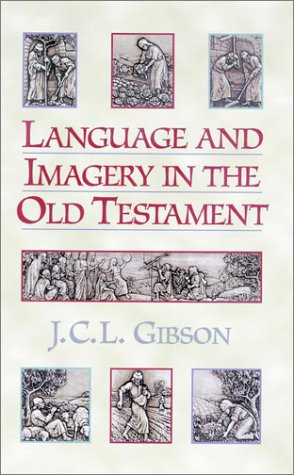 Language and Imagery in the Old Testament

Introducing general readers to the various types of literature in the Hebrew Bible, Gibson encourages an appreciation of its abiding significance by unpacking the rhetorical richness of its language and imagery. While his specialist expertise is evident throughout, technical jargon is generally avoided. A brief glossary of theological terminology, however, might have been included for those unfamiliar with theological vocabulary.

The first chapter discusses some key peculiarities of Biblical Hebrew. While its overall thrust is helpful, Themelios readers may disagree with some observations; e.g. the interpretation of antediluvian longevity as Semitic hyperbole.

Chapter two focuses on problems that arise from some of the language used to describe God. Two categories of problematic anthropomorphisms are identified; the naive and the nasty. As particularly repulsive examples of the latter the author suggests Genesis 2 (God as deceitful), Exodus 7 (God as unjust) and the prologue of Job (God as malevolent). Here Gibson appears to fall into the very trap that he warns readers against: exacting from the text a level of precision that the Hebrew language hardly permits. The same is true of his rather convoluted discussion of polytheistic language. Amazingly Gibson asserts—on the basis of satirical texts which lampoon rival deities or confessional texts which compare them unfavourably with Yahweh—that it is a mistake to see any of the OT writers as apologists for monotheism. However, ancient writers could surely engage the concept of rival deities without accepting their existential reality!

Chapters three and four, dealing respectively with prose and poetry, are generally helpful in offering the non-specialist some basic analytic tools. While not averse to assigning the Pentateuch to the traditional documentary sources or labelling the prose material as ‘historicized fiction/fictionalised history’ (36), Gibson’s emphasis on the need to study the final form of the text is most welcome. Given the nature of Hebrew Poetry, it is unsurprising that his discussion becomes rather technical in places, especially for the intended audience.

As examples of Hebrew myth (ch. 5), Gibson cites the primeval stories in Genesis, Zion ideology, the personification of death, and aspects of Israel’s eschatological hope. While some mythological motifs are indisputably present, it is doubtful whether such language permeates the Hebrew Bible to the extent Gibson alleges. Moreover, his analogy between the story of Eden (Gn. 2–3) and Cinderella is not only unfortunate but also inexact—the Eden narrative is not ‘escapist’, nor does it have a typical fairy-tale ending.

In chapters six and seven Gibson considers images of God and humanity. He correctly distinguishes between images and doctrine, yet curiously illustrates this point with examples in which the distinction is perhaps too subtle (e.g. God as King, Lord of Nature, and Father). In his interpretation of the Imago Dei as humanity’s status, not nature, Gibson is overly dismissive of alternative interpretations, encouraging dogmatism in a complex issue. Similarly, not all readers will agree that ‘the correct interpretation’ of ‘the knowledge of good and evil’ is a colourful expression for ‘everything.’ Gibson’s discussion of humanity’s sinful condition and creaturely frailty is fairly traditional. However, his conclusion that ‘human pain, toil and suffering are not chiefly the consequence of sin’ (148) is rather tenuous. Comments on women in the OT are influenced by current feminist sensitivities, though Gibson rightly exposes the hypocritical misinterpretation of Genesis 3:16 by our Victorian forebears. The concept of human life as a journey is the final image of humanity which Gibson considers, concluding with the practical challenge of the OT: to discover that the ultimate balm for life’s journey is the praise of God.

Certainly this book encourages us to read the OT from a more informed perspective, and for this it is to be commended.