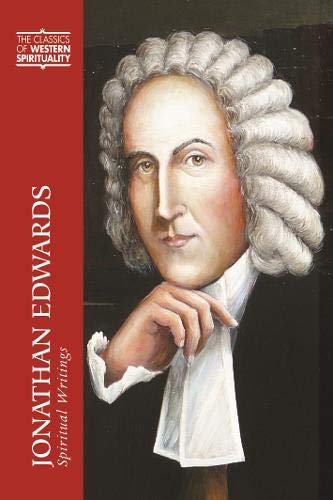 Since 1978, The Classics of Western Spirituality series has set the standard for republishing spiritual writings from noteworthy figures or religious traditions, both Christian and non-Christian alike. Over 125 volumes have been published thus far, each of them carefully edited and introduced by leading scholars. A volume on Jonathan Edwards has been long overdue.

Much of what Jonathan Edwards wrote during his lifetime could rightly be considered “spiritual writings” in the sense intended by the series. He was a pastor whose literary output was primarily directed at helping believers to mature in their faith. Furthermore, it is Edwards’s book-length spiritual writings that have remained most accessible, having been reprinted in various editions since his death in 1758. But it was not until 2008 that Yale University Press finished publishing the 26-volume critical edition the Works of Jonathan Edwards, which offered readers definitive texts and substantive scholarly introductions. In the years since, all of those volumes, plus another 52 volumes of previously unpublished material, have been made available electronically at the website of the Jonathan Edwards Center at Yale University (http://edwards.yale.edu/). If the present work had been published even fifteen years ago, the editors would not have had access to the best editions of some of Edwards’s writings. They would only have had limited access to unpublished material that was not yet available online. Readers would have been edified, to be sure, but they would have been left with an inferior volume.

The editors of the present work are arguably the three best scholars to tackle this task. Kyle Strobel is one of the leading historians of Edwards’s theology, including his spirituality. Adriaan Neele has done more than any other scholar in demonstrating the roots of Edwards’s thought in Reformed Orthodoxy. Kenneth Minkema, the executive editor of the Works of Jonathan Edwards, is perhaps the most knowledgeable historian of all things Edwards. They prove themselves up to the challenge of selecting representative writings—including sermons and other material previously unavailable in print—and introducing readers to Edwards’s spirituality.

The book opens with a brief contextual “prelude” by Neele. He argues Edwards’s spirituality had its historical roots in Reformed Scholasticism and monastic concerns about experiential faith. These streams came together in a form of evangelical Protestant piety that Edwards embraced and commended to others. Strobel builds on this foundation with a lengthier introductory essay that will become the starting place for other scholars and pastors interested in an overview of Edwards’s spirituality.

Strobel contends that Edwards’s piety was theologically driven but experientially focused. The Triune God communicates himself to his creatures, who are saved when they participate in the life of God through union with Jesus Christ by faith. Believers know God, love him, and increasingly behold him in his beauty. Like many medieval theologians and Puritan divines before him, Edwards understands the beatific vision to be the telos of the believer’s spiritual journey. The ordinary means of grace, coupled with occasional ecstatic experiences such as those associated with revival, provide rails upon which the believer’s sanctification advances. The Christian life is contemplative but also active—an Edwardsean synthesis that, to varying degrees, became characteristic of evangelicals across theological and ecclesial traditions. From beginning to end the spiritual life is a gift of grace; indeed, even the Christian’s striving to mortify sin and cultivate virtue is animated by God’s grace. Edwards put forward his wife, Sarah Edwards, and especially the famed missionary, David Brainerd, as exemplars of Christian spirituality. The upshot of all of this is a God-centered vision of the Christian life that is compelling theologically and yet imminently practical in its application.

Following this introductory material, the bulk of the book includes selections from Edwards writings that exemplify facets of his spirituality. The editors organize the material into five parts. Part 1 focuses upon the general contours of Edwards’s spirituality. They include excerpts from his familiar personal writings and The Life of David Brainerd, as well as a previously unpublished sermon on Psalm 23. Part 2 is dedicated to Edwards’s understanding of affections. The editors include excerpts from A Treatise Concerning Religious Affections alongside relevant sermons and reflections related to Sarah Edwards’s spiritual experiences, including her own account that was later edited by Jonathan for publication. Part 3 takes up the theme of beauty, which was a significant emphasis in all of Edwards’s thought. Selections include both famous and lesser-known sermons, unpublished shorter reflections, and a letter offering spiritual counsel to a woman who has recently lost a child.

Part 4, on the means of grace, includes more sermons, a relevant miscellany, and another well-known letter—this time to a recent convert on the topic of cultivating piety. This section also includes a written confession of faith from two Native Americans. The final part focuses on the internal and external work of grace in the believer’s life. Again, the selections primarily include sermons from various seasons of Edwards’s ministry and another appropriate miscellany, along with his “Treatise on Grace,” which was published after his death. These works show how a significant theme in Edwards’s theology (and one of his best-known legacies) was distinguishing between true and false religion in the lives of professing believers.

The editors have made a signal contribution to Edwards studies with this work. They have also provided a distinguished series with an entry on Edwards that is worthy of inclusion. Scholars especially will appreciate the introductory material. All readers will benefit from reading the selections themselves. Right now, this work is only available as an expensive hardback. I hope Paulist will continue its past practice of following up with an affordable paperback within a year or two. This book deserves as wide a reading as possible.