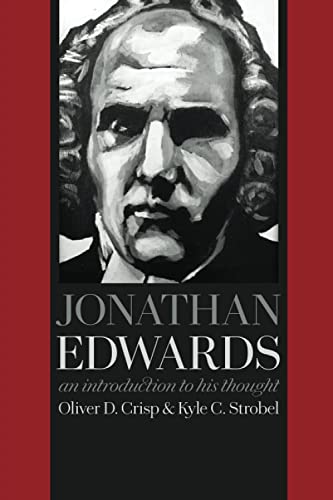 Jonathan Edwards: An Introduction to His Thought

Crisp and Strobel have collaborated to introduce readers to the puzzle and originality of Edwards. This book is not an introduction to the vast corpus of Edwards’s writings. For such an introduction, readers should consult Finn and Kimble’s recent work, A Reader’s Guide to the Major Writings of Jonathan Edwards (Wheaton, IL: Crossway, 2018). Rather, Crisp and Strobel assist the reader’s navigation of the most challenging aspects of Edwards’s thought—much is found in Edwards’s early notebooks, miscellanies, and philosophical treatises. These works become the primary source foundation that the authors use. The authors enlist many recognized Edwards interpreters in a handy Further Reading section. If a lacuna exists, it is that the authors seem unfamiliar with Miklós Vetö’s work, La Pensée de Jonathan Edwards (Paris: Cerf, 1987), what some interpreters esteem as one of the most significant contributions on Edwards’s thought. Thankfully, an English translation of this work is near completion.

Crisp and Strobel sympathetically recognize how readers might be niggled by some of Edwards’s conclusions, for reading Edwards correctly requires finessing his thought in light of his retrieval of an eclectic mix of natural philosophy and theology across history and located within his Enlightenment context. Making a coherent interpretation for non-specialists is an arduous task. Nonetheless, the authors accomplish just that. The authors selected the material of Edwards’s thought to engage according to their scholarly expertise and past contributions on Edwards. This review sorts Crisp and Strobel’s work according to each author’s contribution.

Crisp’s contributions are concentrated in chapter 3, “God and Idealism”; chapter 4, “God and Creation”; and chapter 5, “Atonement.” The book’s introduction orients readers to two schools of Edwards’s thought: 1) the dispositional (American) and 2) the classical essentialist (British) school. The authors fall into the latter category, but they insist that the label, British, inadvertently excludes those not educated in the British system, an exclusion the authors wish to eliminate. It is vital to stress that these two schools’ divergent interpretations have implications for understanding Edwards’s thought on idealism and creation. Sang Lee’s dispositional school provisioned a defense from the consequences of Edwards’s thought as being occasionalist and thus pantheist or panentheist. Lee located Edwards’s thought in its Newtonian mechanized context, where being is associated with movement, whether potential or actual. Thus, Lee denies that Edwards ascribed to a classical essentialist ontology.

However, Crisp locates Edwards’s ontology within the philosophical forms of the Platonic, Aristotelian, and Neo-platonic context. He then layers Malbranche’s idealism and occasionalism, likely mediated through Berkeley, on top of the classical essentialist foundation of being. Edwards is then read as a proto-pantheist/panentheist. Anyone who has read Crisp’s interpretation is aware of this. This is why it is crucial to know into which school of thought the authors fall. Indeed, this is where Crisp leads readers, and he uses the predictable moves to do so. Crisp’s clear and accessible presentation is a difficult feat to accomplish, considering how he is explicating complex ideas of metaphysics. If correct, Crisp’s careful read of Edwards complicates matters for the dispositional understanding of Edwards’s thought.

Crisp turns to the atonement in chapter 5. For Crisp, Edwards saw the whole life of Christ as atoning, perhaps in the Irenaean recapitulatory sense. Atonement can be read from the duality of atoning love and wisdom. “The divine wisdom is the form by which the divine love is victorious” (p. 142). Another distinctive is Edwards’s emphasis on God’s rectoral justice, for God’s honor must be protected. Furthermore, Edwards’s view of penal substitution is both a payment to God for sin and a purchase of heaven for the elect’s happiness. Throughout this chapter, Crisp directs readers to S. Mark Hamilton’s important contribution to Edwards’s view of atonement.

Strobel’s contributions primarily fall within chapter 2, “God of Beauty and Glory”; chapter 6, “Salvation as Participation”; and chapter 7, “Becoming Beautiful.” These chapters treat Edwards’s lexical techniques for explaining the Trinity, soteriology, and theological anthropology. Strobel demonstrates that Edwards’s language of light and intellect (idea, knowledge, wisdom) apply to Christ’s immanent and economic role in the Trinity. Christ is the perfect idea of the Father and the light that shines from the Father, who is the sun and source of light. The human intellect and eyes comprehend and observe the light of Christ in the work of salvation. Likewise, the Holy Spirit’s immanent and economic role is understood through Edwards’s language of aesthetics. The Holy Spirit is the love between the Father and Son. This love is expressed by the mutual beatific gaze between the Father and Son. The human affections are stirred to have a spiritual sense through the power of the Holy Spirit, whose heat is felt when the intellect sees the light of Christ. The elect are welcomed into the intra-Trinitarian love through Christ’s mediation. The elect gaze upon Christ, who gazes upon the Father. Thus, Strobel brings attention to Edwards’s employment of the beatific vision and appropriation of a reformed understanding of theosis. Furthermore, Strobel introduces readers to Robert Caldwell’s noteworthy research on Edwards’s Spirit Christology.

Pastors and scholars who patiently follow Crisp and Strobel’s approachable interpretation of Edwards will profit intellectually and affectionally by Edwards’s erudition. The authors provide a lucid portrayal of Edwards while welcoming readers into a churchly reading of Edwards. Avid Edwards readers will be profoundly shaped by this interpretation of Edwards’s thought. One might say that readers will be illuminated to Edwards’s sneaky genius, which bubbles to the surface throughout his popular treatises and sermons.