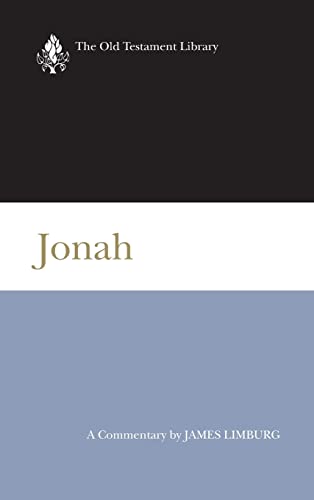 Limburg learned a lesson from reviewing J.M. Sasson’s massive commentary (Anchor Bible, 1990), namely ‘to stick to essentials’ (Word and World, 1991, pp. 326f.). While Sasson used up almost three times as much space to comment on the 689 words of Jonah, Limburg pursues in 123 pages the worthy goal of avoiding repetition. We shall follow Limburg’s good lead and limit our review to what struck us as rather novel in his commentary.

As to the question of genre, Limburg takes the majority view that the book of Jonah is a didactic story, its shorter types (e.g. prayer: 1:14; 2:2–9; 4:2–3, 8b; confession of faith: 1:9; 4:2b, and royal proclamation: 3:7–9) notwithstanding. Already its first word points in that direction, its closest formal parallel being the Elijah narratives (e.g. 1 Ki. 17:2–5). This ‘formula’ occurs in sections of the OT with a high concentration of miracle stories connected with prophets, especially involving nature (e.g. 1 Ki. 19:1ff.). ‘The Jonah narrative … fits well with these materials’ (p. 23). Like Jotham’s fable (Judg. 9:7–15) or Nathan’s parable (2 Sa. 12), Jonah is a story that never ‘happened’; at any rate, continues Limburg, the term ‘story’ is neutral with regard to historicity. Thus, we have a fictional story with a didactic purpose. Following Wolff, Limburg points to the 13 questions that the book contains that point in the same direction: they are put to the reader. He must needs take the place of Jonah. The ensuing, explicit theological solutions suggest that the whole book can be categorized as a didactic story. The use of direct discourse (practically two-thirds of the book), the repetitions of words and other rhetorical devices show sophisticated constructions aimed at a listening community.

As to the date of Jonah, Limburg follows the familiar path of comparing vocabulary. Thus, for instance, the verb ‘to appoint’ in 1:17 [2:1], 4:6–7 and 8, a word occurring only in post-exilic texts (i.a. Ps. 61:7 [8] and Job 7:3), is an indicator of that period. Other occurrences, perhaps less conducive to one’s view, are not mentioned (e.g. Ps. 90:12, hardly post-exilic). In 4:11, ‘ten thousand’ is said to be found only in late texts. One may wonder, then, why it appears in Hosea 8:12! While these connections do not prove that Jonah is also post-exilic, ‘it surely points in that direction’ (p. 29). The fact that a number of striking parallels exist to the Elijah stories, which Limburg duly lists (e.g. the request to die; cf. 1 Ki. 19:4 with Jonah 4:3), does not invalidate the post-exilic date of the book. The cumulative evidence (linguistic, literary and thematic), though not decisive for settling the matter of date, does point to a time after Jeremiah. Yet, for Limburg, determining the date is an elusive task and not essential to understanding Jonah (a view shared by Joyce Baldwin in The Minor Prophets, vol. II, ed. T. McComiskey, Baker, 1993, p. 546).

When it comes to the theology of Jonah, we noticed that Limburg lets the present-day ecological fad shine through by stating that God’s creating, controlling and caring for the natural world comes across like a first-article confession of faith (p. 34)! While it is true that God cares about all his creatures, the participation of animals in the repentance of the Ninivites (3:7–8) sounds to this reviewer at least more like an element of literary device than a first-article confession of faith.

The appendix highlights past interpretations, Jewish, Christian and Islamic. All in all, this is a handy commentary, theologically balanced, with pastors’ sermon preparation in mind. A happy balance to Sasson, indeed. One would not want to miss either of the two.