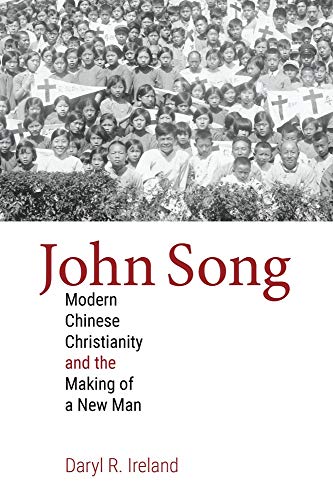 John Song: Modern Chinese Christianity and the Making of a New Man

John Song (alternatively, John Sung; pinyin, Sòng Shàngjié; 宋尚节) was arguably China’s “premier revivalist” during the first half of the twentieth century, calling millions of Chinese to new life in Jesus Christ (p. 4). Around 10% of all Chinese Protestants in Asia made a profession to follow Jesus Christ at his meetings during the second quarter of the twentieth century (p. 10, 82). The typical accounting of Song’s life—both in academic literature and in hagiography—generally progresses as follows: John Sung went to Union Theological Seminary where he encountered theological liberalism. Sung became convinced of liberalism. Eventually, after an emotional, psychological, and spiritual crisis, Sung rejected theological liberalism, burned his theology books as “books of the demons,” and confronted Harry Emerson Fosdick (Lian Xi, Redeemed by Fire [New Haven, CT: Yale University Press, 2010], 141).

Through meticulous archival work and access to newly available primary sources, Ireland successfully challenges and corrects this traditional narrative of Song’s life. Ireland relies upon thousands of pages of journals from Song coupled with archival material to paint a more accurate story. In chapter 1, Ireland shows the depth of Song’s mental breakdown and the fact that Song likely did not experience an evangelical conversion in the United States. Further, Ireland argues that Song practiced a mystical non-Protestant spirituality with Mary during his breakdown (pp. 19–27). Finally, Ireland suggests that Song did not reject Union Seminary’s liberal theology while in the States since he expressed his joy at the prospect of returning to Union Theological Seminary after recovering his health (p. 30). This reconfiguration of Song’s biography is the most significant achievement of Ireland’s book.

In chapter 2, Ireland shows how Song rewrote his conversion story upon returning to China. Song sought to position himself in light of the broader fundamentalist-modernist controversies, which had reached Chinese Christianity (pp. 38–41). In chapters 2 through 7, Ireland uses the motif of moving from old to new as the foundation for Song’s life and ministry. Ireland ties this movement from old to new with a deep reading of contemporary Chinese history, focusing particularly on the May 4th movement of 1919 and its quest for a new China. In chapter 2, Ireland shows how Song recast his spiritual autobiography as a movement from old to new, even though Song had an ostensibly pious youth (p. 44). However, Ireland is right to identify how Song seems keen to paint a particular conversion story that highlights some facts and sidelines others.

In chapter 3, Ireland traces Song’s involvement with the Bethel Band as they traveled across parts of China and held revival meetings. Through Bethel, Song’s prominence grew considerably (pp. 71–72). Ireland chronicles the dramatic and emotional nature of Song’s preaching (p. 75). Song also emphasized moral rigor and the high standards of God’s law (p. 76). Interestingly, Song’s travels made a marked impact on Bible sales in the regions Song visited (p. 69), though many people who responded to Song’s revival invitation did so for the tenth or twentieth time (p. 83).

In chapter 4, Ireland elucidates the urban context in which Song ministered, especially in Tianjin. Ireland argues that Song tried to identify with the precarious lives of his hearers (p. 106). Similarly, in chapter 5, Song outlines the predominant demographic of Song’s auditors, namely the xiaoshimin or petty underclass (p. 114). Ireland provides a detailed and rich contextual picture of the Chinese culture into which Song preached. In chapter 6, Ireland outlines Song’s influence in Singapore (and broader Southeast Asia) as well as the prominent role that women played in Song’s ministry. Ireland successfully shows how Song tailored some of his work to either accentuate or attenuate the role of women depending upon his audience and context (p. 149).

In chapter 7, Ireland elucidates Song’s public healing ministry, likening it to Chinese shamanic practices (p. 180). This comparison is somewhat overdone as the predominant soil for Song’s healing practices likely lies not in Chinese shaman but in the burgeoning Christian faith-healing practices seen in different parts of China and the world—practices Song experienced both in China and in the United States. In the conclusion, Ireland argues that four “features of modern Chinese Christianity”—charismatic figures, faith healing, evangelism, and urbanization—“were first hammered into place” in Song’s ministry (p. 206). Ireland likely overstates his case here, but the connection between Song and contemporary Chinese Christianity is still well-taken.

One brief methodological critique is in order. On a handful of occasions, Ireland focuses on sociological explanations to the exclusion of theological ones. For example, Ireland explains Song’s insistence that his auditors renounce adultery not on theological grounds but on socio-cultural grounds. Ireland sees that “renouncing such [immoral] behavior was to re-enshrine rural codes of sexual conduct” (p. 132). Other scholars, such as Phillip Koo in his 2018 dissertation on Song’s preaching, offer a more holistic account of Song’s motivations in moral preaching. Other similar examples exist in Ireland’s book where Ireland largely misses theological motivations and convictions. This reviewer is reminded of Edmund Morgan’s recollection of the famed Harvard historian Perry Miller, who despite his atheism, insisted that the self-stated theological motivations of subjects must be taken as seriously socio-political motivations.

Nonetheless, Ireland’s book is a must-read for any serious student of Chinese Christianity. As Ireland provides rich social and historical context in each chapter, the book is accessible not only to academics but also to interested laypeople. The book is also well written, accessible, and enjoyable to read. Ireland’s extensive use of archival materials and primary sources to correct the story of John Song is a triumphal achievement.