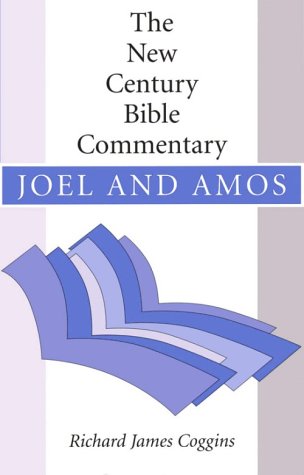 This NCBC volume focuses on an exegesis of the final shape of the biblical text, without troubling the reader too much with theories of literary origin. As a consequence its emphasis is not so much on the history of the books of Joel and Amos, but more on their ongoing relevance for ancient and modern readers. Within these parameters Richard Coggins has written a readable commentary, with some interesting insights on matters of ‘inter-textuality’ between the twelve minor prophets. However, his emphasis on a literary approach bears unmistakable and in my opinion unnecessary post-modern characteristics, since he actually separates the final shape of the books from their historical roots. It is possible that there were prophets named Amos or Joel, according to Coggins, but it is not very important. Thus he leaves behind the classical view that at least some parts of the book must be read against an eighth-century background. Instead, he argues that our knowledge of any historical circumstances of these prophetic books is very incomplete and hardly ever decisive for dating.

Basically this is a healthy argument, but Coggins pushes it a little bit further towards a more or less ‘pure’ literary approach. In fact, he seems implicitly to lean towards the Copenhagen School, because he prefers external dating criteria to the well-known internal references e.g. Amos 1:1; 7:10–17. Of course these books can be read against the background of different times and places, and to do so produces meaning—this is the very essence of tradition. But this does not imply that they were written in these ages or that every meaning thus gained is of equal value.

While this ‘flat’ literary approach of Coggins must be underlined, his commentary can still be used critically. His introductions have an interesting and refreshing emphasis on literature and inter-textuality, though they promise more than his treatment of the texts actually provides. His textual commentary turns out to be a fairly classical exegesis, in which literary and structural approaches do not play an important role. In short, Coggins offers an up-to-date and rather fashionable approach to these two prophetic books, and a not too elaborate or far-fetched exegesis of their contents. This makes this commentary a useful handbook, which should be complemented on a student’s bookshelf by one that is less extreme on matters of literary origin and dating.