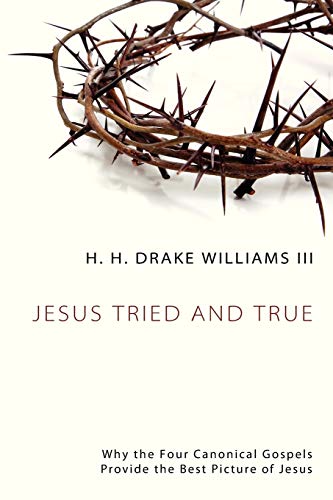 The thesis of this book by the academic dean and professor of New Testament at Tyndale Theological Seminary in Amsterdam is simple and straightforward. This comparison of canonical and non-canonical gospels argues for “the superiority of the canonical gospels over the non-canonical ones for understanding the person of Jesus” (p. 132). It might seem as if this is so transparent that writing an entire book on the topic is a case of severe overkill. However, the attention these other works have received in recent decades makes necessary the need for an accessible treatment of the issues raised.

Williams begins with a look at gospel dating. He sees Mark as the earliest gospel, placing it in either the 50s or 60s. Matthew also is first century, possibly before AD 75. Luke is dated either in the 60s or in AD 75–85. The key point is that all three of these Gospels belong to a period long before the end of the first century. John fits better in AD 80–85 and is certainly also written in the first century. Contrast the non-canonical gospels. Although the Gospel of Thomas is disputed, the rest of these works date almost exclusively from the second or third centuries. Williams then looks at claims that Thomas and the Gospel of Peter are early and finds them wanting, preferring dates for these works also in the second century.

Next comes a discussion of eyewitness testimony. Both internal evidence from the gospels and the testimony of key figures like Papias and Eusebius are examined. The recent work by Richard Bauckham also is summarized. Also treated is what evidences the titles to the Gospels yield. The non-canonical gospels do not have the same kind of eyewitness pedigree.

Gospel reception comes next. It shows how quickly the four gospels made an impact through the time of Irenaeus. Once again the non-canonical sources come out poorly in this regard. They are not very well attested in second century sources we have.

The fourth chapter presents a survey of the other gospels for contents and theology. Thomas, Mary, Phillip, The Gospel of Truth, Peter, The Infancy Gospel of Thomas, The Protoevangelium of James, and Judas are treated along with briefer looks at Jewish Christian gospels, Papyrus Egerton 2, and Oxyrhynchus 840. He argues that one cannot maintain claims that these gospels were unfairly excluded from the canon. A conclusion and appendix on the Secret Gospel of Mark completes the study.

This summary is a solid treatment of the state of the discussion. It does lack a treatment of the role of memory. This is an important issue in claims tied to eyewitnesses because many argue even if we have eyewitnesses, memory is not reliable. Robert McIver’s work Memory, Jesus and the Synoptic Gospels fills that important gap. [Editor’s note: See Craig Blomberg’s review of McIvor’s work in Themelios 37:2 (2012).] The study also copes less well with claims that our entire collection is skewed because it is a history collected by winners. This argument is often raised, but leaves one wondering how we assess what we do not have and cannot know even existed.

So what has Williams shown? Williams has given in one place almost all of the relevant ancient texts. He has shown that in terms of what we have, the canonical Gospels have the claim of a pedigree the non-canonicals cannot touch or even begin to build. To debate Williams’ thesis one has to argue that what the Gospels and the tradition claim about its roots has problems, another area on which Williams probably spends too little time. Nonetheless, what he has shown is that the case for the roots of the Gospels going back to Jesus at least exists, something the non-canonicals really cannot even begin to claim.