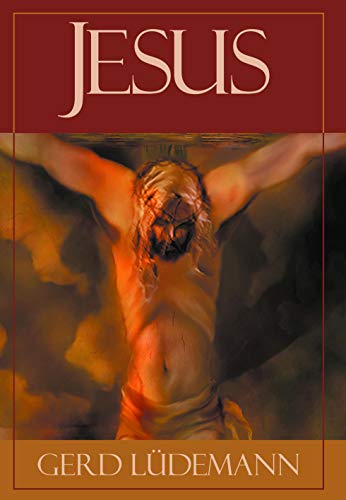 Well-known from books on ‘tradition and redaction in Acts’ and ‘what really happened at the resurrection’, the Göttingen professor of the history and literature of early Christianity here sums up twenty-five years of Gospels study. During this period Lüdemann has moved from liberal Christianity to rejecting the faith altogether. One of his motives in producing this prodigious tome is to insist that those who continue to believe, do so with full knowledge of how little we can know historically about Jesus of Nazareth. At its end he announces that for him Jesus is now alternately far too serious and far too ridiculous for him to pay him much further attention.

A seven-page introduction lays out Lüdemann’s presuppositions and method. For more than 650 pages, every pericope in the canonical Gospels, Thomas, and a collection of other apocryphal traditions is set out with a fresh translation, a meticulous assessment of traditional and redactional elements, and a brief summary of the historical value of the passage. The chapter on John is written by Frank Schleritt; the one on the apocrypha, by Martina Janssen. We are given no further information about these two collaborators.

A seven-page ‘short life of Jesus’ rounds out the volume and distils the essence of what Lüdemann finds historical. Jesus was an illiterate, country boy, and an illegitimate child of Mary. For a time he followed John the Baptist, but ultimately broke with him over his asceticism. He had powerful experiences of God’s kingly reign in meals that were open to anyone. The stigma he endured-because of his birth led him to treat other outcasts in Israel with unusual compassion. He did heal people, especially the ‘demon-possessed’, but today we would call them psychologically ill. He believed in the imminent arrival of God’s final judgement but turned out to be mistaken. He felt responsible for reinterpreting Torah, ran afoul of the Pharisees in Galilee as a result, but largely remained popular with the multitudes there. Coming to Jerusalem at the climax of his ministry, however, his temple clearing seriously threatened the priestly leadership and he lost his life as a result. His followers had subjective visions of his resurrection, which quickly led to their deifying him, almost totally distorting his true nature.

In its format and in many of its conclusions this book is a European equivalent to the publications of the largely North American Jesus Seminar, by far the most sceptical of recent historical Jesus publications. But with respect to jesus’ view of the kingdom, the future and the reality of judgement, it is the polar opposite and a partial throwback Albert Schweitzer. The validity of the main body of the study depends entirely on its presuppositions and method. Lüdemann is more candid than many in his anti-supernaturalism and regularly applies the criterion that whatever met early Christian needs could not be authentic. Conversely, the thirty-two texts in Mark, twenty-one in Matthew, twenty-eight in Luke, nine in Thomas, and one in the Letter of James that he finds probably or certainly authentic typically display significant discontinuity from both early Christianity and first-century Judaism.

Ironically, in the name of scientific method, Lüdemann ignores the large body of scholarship that has repeatedly demonstrated both the unscientific nature of his anti-supernaturalism and the skewed picture that an over-reliance on the criterion of dissimilarity creates. Tragically, he misleads both himself and his readers with his truncated sketch of the historical Jesus. I can think of no reason to recommend this book to anyone except for the historian or biographer interested in chronicling the scholarly pilgrimages of contemporary sceptics.