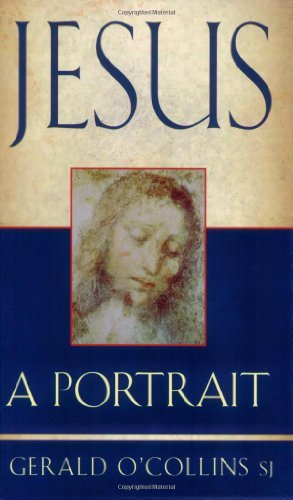 Jesus: A Portrait represents the summary reflections of a lifetime of study by noted Roman Catholic theologian Gerald O’Collins. During his distinguished career, the Australian Jesuit has written several books related to Jesus, including Interpreting Jesus (1983), Christology: A Biblical, Historical, and Systematic Study of Jesus Christ (1995), and Jesus Our Redeemer: A Christian Approach to Salvation (2007). O’Collins’s latest Jesus book is not a systematic Christology written for theologians or a critical history written for biblical scholars; rather, Jesus: A Portrait is, in O’Collins’s own words, “a personal portrait of Jesus that is also a vital mirror of ourselves” (p. xvi).

In keeping with the motif of a “portrait,” O’Collins takes as his starting point Augustine’s description of the beauty of Christ from his homily on Ps 45. This description is used as an initial survey of Christ’s person and work from eternity past to eternity future, describing the way each step of humiliation and exaltation shows Christ’s beauty, a beauty to enjoy and to prompt worship. Subsequent chapters focus on various aspects of Christ’s person and work: Jesus’ embodiment of the kingdom of God, the divine and human natures of Christ, Jesus’ miracles and teachings, his sufferings and death, his resurrection, and his continuing significance and personal presence for believers. The book concludes with an epilogue, an appeal to know Jesus relationally and not merely intellectually. Endnotes and a bibliography point readers to a selection of other excellent historical, exegetical, and theological resources on Jesus.

A wide variety of helpful quotations, illustrations, expositions, and homilies are interspersed throughout this very readable book. For example, in a chapter entitled “The Meanings of the Miracles,” one finds a short homily on the theme of “life” from John 6:41–51, providing a demonstration of how one might preach on the miracles of Jesus. As another example, O’Collins devotes an entire chapter to the story of the Prodigal Son, exploring the way in which the context and characters of the story provide insight into the love of God the Father and the character of Jesus the storyteller. One further example underscores O’Collins’s repeated emphasis on the personal significance of this study of Jesus: the final chapter of the book, called “Jesus the Abiding Presence,” employs a series of questions asked by Jesus in the Gospel of John (e.g. “Do you love me?”), turning them toward the reader as questions of great significance for people today.

While the focus of the book is on developing this “personal portrait” of Jesus that provides “a vital mirror of ourselves,” O’Collins is well aware of critical questions related to Jesus and the Gospels. Indeed, his preface nicely summarizes his own answers to many of these questions. For example, O’Collins holds that each of the canonical Gospels reflects eyewitness testimony to some degree, though none but the Fourth Gospel is in any way directly attributable to such an eyewitness; that the Two Source Hypothesis (Mark and Q used by Matthew and Luke) is the best solution to the Synoptic Problem; and that the Gospel material variously reflects the conventional three Sitze im Leben, the setting of each Evangelist in writing about Jesus, the setting of the early Christians in passing on testimonies and traditions about Jesus, and the setting of Jesus himself in his public career. Understandably for a book such as this, O’Collins’s reasons for these and other answers to critical questions are not spelled out in detail. When one moves to the body of the book, there is only occasional interaction with such critical issues; the reader is expected to trust the prior study and conclusions of the author. Nevertheless, for the most part O’Collins’s perspectives on such issues do fit within what could be called the conservative-to-moderate consensus of New Testament scholarship in general, and they are compatible with the broad sweep of evangelical scholarship in particular.

Evangelicals should not be put off by O’Collins’s Roman Catholic orientation either. O’Collins’s intellectual horizon spreads wider than the Roman Catholic Church, and several Protestant and even evangelical voices find representation in the book. While there is an undeniable Catholic flavor to the book, evangelicals can and should appreciate this study of Jesus for its exegetical sensitivity, theological insight, and devotional depth.

In short, O’Collins’s Jesus: A Portrait is what it claims to be: “a personal portrait of Jesus that is also a vital mirror of ourselves” (p. xvi). As such the book would be an excellent resource for an adult Sunday School class, for sermon preparation for pastors, or even for supplementary reading for theological students.