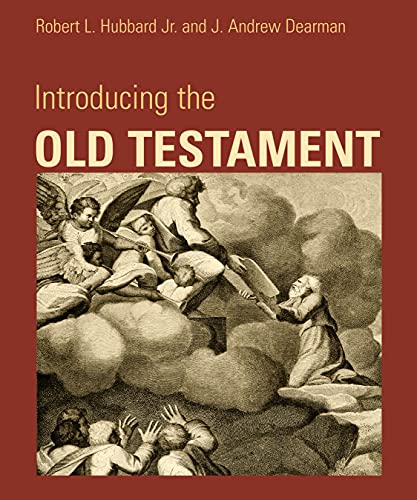 With Introducing the Old Testament, two able and respected OT scholars have teamed up to produce a readable and accessible introduction to the OT. Using the analogy of the first swimming lessons that enable someone to move to being able to swim themselves, Hubbard and Dearman’s aim is to provide guidance in the basics so as “to prepare readers to take the plunge into the deep end—the OT itself” (p. 4). Although their readership is not explicitly stated, the back cover says that this “student-friendly text” is “for university and seminary students.”

Hubbard and Dearman take the “basics” to be how each OT book “originated, its historical or cultural background, its literary features and main characters, and its structure” (p. 3). This prepares readers for what they consider to be “the most important section” (p. 4): the “reading section” which asks readers to read the OT for themselves using the supplied list of questions.

The volume is divided into six parts. Part 1 is titled “Getting Started,” and includes an introductory chapter followed by another dealing with the OT in its historical context, dating, and interpretive matters. Here we see that elaborating the historical context of the OT is central to the authors’ aim of getting their readers into the deep end.

Part 2 is a treatment of the Torah, beginning with an introductory chapter (“What is the Torah?”). Genesis 1–11 and 12–50 are given separate chapters, after which Hubbard and Dearman follow a book-by-book approach. Each chapter for the most part is a brief orientation to the biblical book, including general familiarization (e.g., discussing the book’s title for the most part, but also occasionally structure), historical context, summary, and the “reading” questions. As an example of typical reading questions, the first three from the chapter on Genesis 12–50 are as follows:

Part 3 provides an overview of all the historical books as per the LXX ordering of books. Among other things, an introductory chapter here provides a discussion of ancient historiography.

Part 4 then treats the prophets, after which Part 5 takes in the remaining poetic books. Again, introductory chapters provide orientation to the subject matter of each section: “What is Hebrew poetry” and “Who and what are the prophets?” for Part 4; and “What are the wisdom books?” for Part 5. Part 6 is a one-chapter conclusion, which deals with the canonization of the OT books.

To further support their aim of equipping students to read the OT with understanding themselves, the volume includes many full-color maps, pictures, tables, and timelines. Also, select bibliographies conclude each chapter, allowing readers to follow up leads suggested by the authors in more detail.

The main strength of Introducing the Old Testament is certainly its focus on the historical context of the OT. This sustained focus on history sets this introduction of the OT apart from others, and for this reason it may well be a suitable textbook in a university context. In a seminary context where the focus is preparing students for gospel ministry, this is still helpful, but this introduction to the OT would certainly need to be supplemented with additional material. In my estimation, each chapter is too light on in terms of providing students with a survey of the text, main themes, and biblical-theological contribution of each OT book. Indeed, Introducing the Old Testament actually for the most part avoids presenting the themes of a book and its related biblical-theological contribution. Why this is the case is not stated. And yet these are the very things that seminary students need in order to be in a position to teach the OT to others in a ministry setting. History is important, but so is being able to state simply the message of each OT book and where it fits in terms of biblical theology. I would consider these elements to also form part of the crucial “basics” needed for students to be able to “swim well” in the OT themselves.

In addition, Introducing the Old Testament advocates various positions that for some seminary instructors may make it less suitable as the sole textbook for an introductory OT class. The long pre-flood lifespans are said to be doubtful (p. 11). The book of Deuteronomy contains some Mosaic traditions, but is originally composed in the monarchic period to support the reforms of King Josiah (pp. 91–92; also p. 32). The books of the Former Prophets were never independent books, but form part of a larger literary work now called the Deuteronomistic History, which underwent a double redaction, the first in 620 BC to support the reforms of Josiah, and the second in 550 BC to explain the exile (p. 116). The book of Esther is “novelized history” which “embellishes the story’s historical core for edification and enjoyment” (p. 243). The book of Jonah is a “parable, drawing on a figure known from the past and associated with prophetic tasks” (p. 372). Only part of the book of Isaiah contains genuine material originating from Isaiah, with most of the book composed after the time of the historical prophet by additional anonymous authors (pp. 282–83). The book of Daniel is written in Maccabean times with Maccabean concerns, albeit adopting older traditions regarding exilic persecution (p. 333).

Nevertheless, Introducing the Old Testament is a worthwhile contribution in the area of OT introductions. Its sustained focus on history is unique and should be consulted for this reason.