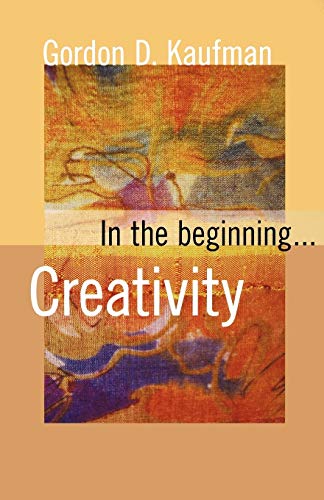 In The Beginning … Creativity

In this recent publication from Fortress Press, Gordon D. Kaufman attempts to address global issues of ecological crisis by rethinking traditional concepts of God as creator and sustainer of all life. He rejects the notion of an all-powerful lord and father in place of God as ‘serendipitous creativity’.

Kaufman argues that God is a metaphor for universal abstract forces of ecological and cultural evolution of which we are all a part. ‘This conception of God’, he states, ‘is more appropriate to today’s understanding of the world and our human existence in it.’ The natural outworking of his thesis is that we should all live in environmental and sociological harmony. It’s an affable sentiment but ultimately unworkable.

Kaufman’s personal concept of theology (which he describes as imaginative construction) is massively informed by Nietzsche and Kant, who he lists as two primary influences. He doesn’t go as far as to say that ‘God is dead’ but argues traditional schools of theology have got it wrong.

‘Theology is, and always has been, essentially an activity of human construction’, he concludes. ‘Theologians should … seek to reimagine, reconceive, reconstruct the symbol. “God” with the metaphors drawn from the ways in which we now understand ourselves and our world.’

If he’s right, this might put a bit of a dampener on things for budding young evangelicals. Personally, I’m not too worried.

In the Beginning … Creativity is an alternative read for those interested in how certain streams of post-modern thinking inform the broader evolutional science and theology debate. This is not, however, essential reading. In fact, I really wouldn’t recommend it at all.