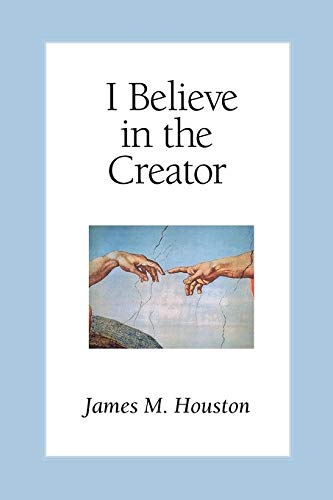 I Believe in The Creator

I struggled with this book, but am glad that I persevered. It was put to me recently that our awareness of truth comes through both ‘finding’ and ‘fashioning’, but that evangelicals concentrate upon ‘finding’, and know little of ‘fashioning’. This is consistent with our insistence upon the objective truth revealed in Scripture; we live in fear of imposing our own thoughts upon the revealed truth of God. Perhaps for this reason, until recently, there was a predominance of scientists in UCCF groups. As one scientifically trained myself, this book at first irritated me greatly, but then it also made me deeply aware of my own limitations. It is an artist’s approach to the Creator and creation. While I longed for the argument to be grounded in objective data and inductive argument, instead I found myself face to face with assertion after assertion, without adequate justification, simply the implicit invitation to see its insight as self-evidently true. Sometimes I thought it was and sometimes I didn’t. Sometimes a period of reflection helped me to think out the reasons for the assertion and then agree with it. Sometimes the biblical exegesis is sound; sometimes it is fanciful. But amongst evangelical doctrinal writing this is a book out of the ordinary.

So the book places its emphasis upon ‘fashioning’. Its thesis is that the way we see the world is governed not so much by the world as by the mental landscape we have chosen. ‘Creation … has to be a statement of faith, not an empirical deduction’ (p. 72). Either we agree with the Bible to see the world as creation, or we see nature as its own creator, with a choice of pantheism, dualism, naturalism or secularism. We are invited to explore these alternatives with outline sketches of the frame of mind which fashions them, richly illustrated from literature. There is far too much teaching sweeping past in summary form to feel that many of the questions have been grappled with adequately; yet here is a mine of ideas for talks. Alien to me though this writing is methodologically, St Paul in Romans 1 endorses our subjective responsibility towards correct awareness of God given truth.

The first chapter tells us why seeing nature as its own creator won’t do. Man has lost the sense of coinherence, seen in divine creation, and in alienation from the world has precipitated the ecological crisis. Choosing to deny his existence as it is given to him by the Word of God (so Brunner), man stumbles on, constantly changing his boundaries, and putting his hope in creating something ‘new’. Chapter two presents the biblical alternatives; the Kingship of God as creator and redeemer (these must not be seen apart), with creatio per verbum emphasized rather than ex nihilo. The point is who brought things into being, not how.Chapter three declares how man instead of being dominated by self-achievement (Apollonian) or sensation (Dionysian), is created for freedom in total dependence upon God. Houston follows Ellul in seeing civilization expounded in Genesis as a consequence of the fall (doubtful, in my view). Chapter four takes us back to God with a good discussion of his providence in an evil world. dealing also with obstacles to belief in the creator which such a world presents, including the problem of miracles. The fifth chapter presents us with Christ the Word, indicating the supreme significance of relational communication between God and man. Christ is the light in which alone we can perceive the goodness in creation. The sixth chapter compares attitudes to culture and civilization, Christian and secular. This whistle-stop tour of being and reality, truth and meaning, time and eternity, creativity and work, order and justice, is quite insufficient to treat these immense subjects. But the survey of modern art and science is better, if spoilt by typical bland rhetoric such as: ‘Modern art is now faced with chaos, nihilism of the mind and spirit, that sweeps the modern spirit like a flood before it’ (p. 175) The trouble is that I am an optimist and Houston is a pessimist. Throughout the book there is a rhetorical repetitiveness about how twentieth-century man has got it all wrong. The insights of pessimistic humanism are constantly used to drive readers into the creator’s camp; the literature of optimistic humanism is ignored. So strong is the polemic against man’s Apollonian sense of self-achievement, that one is left wondering whether we dare try any new development at all.

The final three chapters tell us how to live wisely before our Creator. Chapter seven emphasizes the need to recover the place of biblical wisdom. Chapter eight bemoans how the drive towards efficient technique (more Ellul) has caused even Christians to be obsessed with ‘how’ not ‘why’. ‘Our seminaries are theological workshops, and our churches are also geared to the assembly-line mentality’ (p. 206). Where, then, is the serene joy of affirming a good world, in trust of our Creator? Such awareness will be marked by worship and a restful consciousness, mindful of the bounty of God. Also we must know the holy humour which gives us freedom to laugh at human incongruities in the face of God’s providence. ‘The Christian goes about the world, tongue in cheek, as God’s clown, knowing that the mask he wears on earth will one day become a real face in heaven’ (p. 225). I particularly enjoyed these two chapters. The final chapter deals with time and eternity, with the vision of the new creation as the end time vision. Four appendixes deal with the nature of evil, Monod’s Chance and Necessity, World-views of Western Civilization, and the history of the creatio ex nihilo doctrine. All are too brief for satisfaction, but not without value.

A frustrating book, then, and a challenging one. I find it to be popular with creative minds rather than scientific ones. It provides much food for thought, but leaves you to do more spadework if a solid rational basis for its arguments is to be discerned.