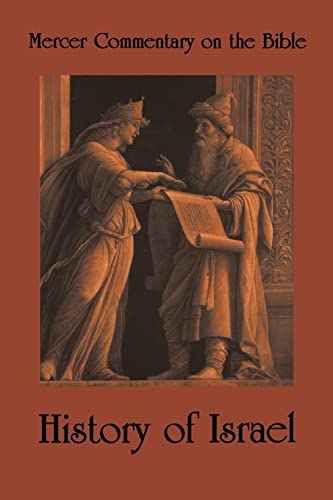 History of Israel, Mercer Commentary on the Bible Vol. 2

Several features are disappointing. The title is ‘somewhat misleading’, as the preface wryly admits—this is certainly not a discussion of Israel’s history and historiography. The dictionary articles are too brief to cover their issues adequately, e.g. two paragraphs on patriarchal numerology are far too compressed to be transparent, perhaps like the numerology itself! (They also contain contradictory figures for Isaac.) ‘Chronology’ and ‘Conquest’ both state that an early exodus implies 600 years for the judges, which is unsubstantiated as well as plainly wrong. The introduction articles seem dated even when first published, e.g.‘Conquest’ ignores the new archaeology championed by Finkelstein and others, while ‘Deuteronomist’ ignores the Göttingen school. Bibliographical dates are omitted, and there is no key to abbreviations.

The commentary section fares a little better, though regularly suffers from lack of space: the whole of Kings gets only 31 pages, though Samuel strangely gets twice as many. Important points are therefore ignored: Ezra and Nehemiah are ascribed to the Chronicler without discussion, and the redating of Ezra suggested in ‘Chronology’ is ignored. Unlike the back cover, I wouldn’t recommend either the original reference works or these extracts to undergraduates.