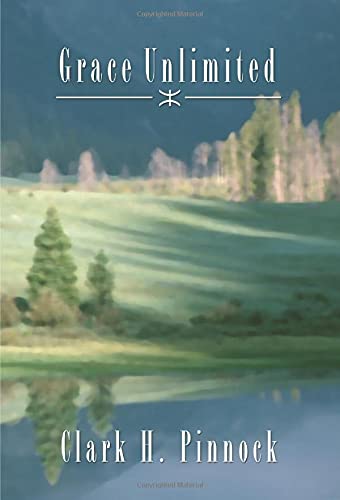 The purpose of this symposium is to provide a scholarly exposition of what the contributors hold to be a biblical position in the debate between Calvinistic and Arminian evangelicalism. I use all three terms advisedly: each essay is consciously written against Calvinism, often explicitly called that; each essay supports one variety or another of the Wesley-Arminian tradition; and the book has been written by evangelicals, for evangelicals.

After an introduction by the editor, who teaches at Regent College, Vernon C. Grounds writes the first chapter, ‘God’s Universal Salvific Grace’. He argues that grace is universal, but, halting at universalism, concludes that grace ‘depends for its actualization on a believing response’. In the second chapter, Donald M. Lake, under the title, ‘He Died for All: The Universal Dimensions of the Atonement’, argues that Christ has paid for every man’s sins by his atonement. Therefore no-one is condemned because of his sins, but only for the individual sin of rejecting the Lord Jesus Christ as Saviour. Of course, to discuss the extent (thoughtful Calvinists might well prefer ‘intent’) of the atonement raises the question of election. Jack W. Cottrell discusses this in chapter three; and his well-known view is adequately summed up by the title, ‘Conditional Election’. William G. MacDonald and Clark H. Pinnock follow that up with two chapters which stress, in different ways, the personhood of God: the former is primarily concerned with the significance of the coming of the Spirit into an individual, and the latter with the manifestation of responsible freedom in the flow of biblical history. David J. A. Clines and I. Howard Marshall survey predestination in the Old and New Testaments respectively; and then Grant R. Osborne writes two chapters, the first dealing with ‘Soteriology in the Epistle to the Hebrews’, and the second providing some ‘Exegetical Notes on Calvinist Texts’. The tenth chapter is an attempt by James D. Strauss to deal with Romans 9. The final three chapters (11–13), written by A. Skevington Wood, Donald M. Lake, and James D. Strauss, deal respectively with aspects of the theology of John Wesley, Jacob Arminius, and Jonathan Edwards.

This book will be widely read and influential. It presents much thoughtful material in an informed way. However, restricting my comments to the first ten chapters, I think that several criticisms should be raised.

First, the fact that the symposium is out to present a particular viewpoint has meant that some of the essays are very slanted. Of course, there is a place for strongly held positions and powerfully worded debate. But this means scoring points without ever convincing thoughtful opponents. The reader does not sense, in most of these essays, an effort to be as careful and as scrupulously open to the force of opposing arguments as one might wish. That is not necessarily a fault, but it does describe the book as it is. The essay by Clark Pinnock himself, for instance, is no doubt accurate in what it describes of human responsibility in the ebb and flow of biblical history; but its conclusions may be premature. Methodologically it is similar to G. H. Clark’s Biblical predestination, even if the conclusions are radically different: Clark begins with all the passages that support divine sovereignty, constructs his system, and filters other evidence through the system; while Pinnock begins by describing the give and take of biblical history, erects certain propositions, and then filters other evidence through his newly established network.

Second, whereas the contributors demonstrate that Reformed theologians are frequently guilty of explaining away various texts, I cannot avoid the conclusion that the same procedure is utilized by the contributors themselves, especially when they try to deal with election. ‘It takes an exegetical ingenuity which is something other than a learned virtuosity to evacuate these texts of their obvious meaning,’ one contributor writes, referring to Reformed attempts to deal with such passages as John 3:16; 2 Peter 3:9; 1 John 2:2. But perhaps I may be pardoned for detecting the same ingenuity when Jack Cottrell deals with Ephesians 1:2ff., or James Strauss wrestles with Romans 9. Does election really refer to God’s purposes for those who have become believers by their own volition? Do Ephesians 1:5 and John 6:37 actually say that? If men are condemned only for the single sin of rejecting Jesus, why the lengthy Pauline lists of sins which exclude a man from the kingdom?

Third, Karl Barth’s view of election is really not defensible, despite its popularity. Barth holds that Ephesians 1:4 is the kernel of the biblical presentation of election: God has chosen us in Christ before the foundation of the world. Because Christ is both God and man, he is simultaneously the subject and the object of election. The election is self-election, self-determination, on the part of God: God has chosen for men. All men are chosen in Christ, and therefore tremendous issues hinge on their belief. This either means absolute universalism, or the hesitant admission that some may opt out. By way of rebuttal, I note first of all that the ‘us’ of Ephesians 1:4 refers to believers, not to all men: cf. 1:1; 2:3ff.; 4:7, 17. Nor does the New Testament conceive of judgment only in the way of which Barth writes: over and above the judgment which Christ received there is the judgment of all individuals not in Christ. For further criticism, cf. K. Stendahl, The root of the vine, pp. 67ff.; G. C. Berkouwer, Divine election, pp. 154–162. The authors in this symposium do not espouse Barth’s view, but at least two argue that his approach is a viable alternative to traditional Reformed structures.

Fourth, the repeated claim that grace is not weakened by the Arminian position will not stand close scrutiny. Donald Lake offers us the model of a judge who condemns a man, and offers him a pardon. The man must accept it, but, Lake argues, accepting it can scarcely be thought of as meritorious work, a work which makes the man deserving of salvation. ‘Calvin and later Calvinists’, he writes, ‘never seem to be able to see this fundamental distinction unfortunately!’ But his model, to be precise, needs to picture the judge offering pardon to all people, all of whom are guilty, but only some of whom accept the proffered pardon. These may then legitimately boast that the only distinction between themselves and their condemned peers is that they accepted the pardon. This may or may not be an accurate reflection of the biblical pattern; but it certainlyaffects the concept of grace, for it is a legitimate boast.

Fifth, several of the writers are more aware of the weakness in the logic of their Reformed brothers than in their own. It is true that distinctions between God’s prescriptive will and God’s decreed will are dangerous, because it appears that God is playing games. But distinctions between God’s prescriptive will and his permissive will, favoured by Arminians, are no less dangerous. If a sovereign God permits something evil which his foreknowledge tells him will come to pass, how does this permission differ from decree? If the answer is in terms of preserving the freedom of his creatures so that their love for him may be genuine, then how will God’s people be infallibly preserved in the new heavens and the new earth? Will they be able to sin there? The Scriptures seem to answer negatively. But if men are preserved there, is their freedom so eliminated that they do not really love God? And if instead they are preserved, and the genuineness of their love is also preserved, then why could not God have established the universe like that in the first place? I ask these questions, not because I have easy answers, but simply to demonstrate that rigorous cross-examination makes some of the contributors appear less convincing. A lot of old ground is churned up in this book, but it will not be clear to all readers that new (or true!) solutions are being propounded.

Sixth, I confess to disappointment that no attempt was made to survey the intertestamental literature. My own study has prompted me to arrive at conclusions which initially surprised me (and which I hope to publish in due course). In general, God becomes increasingly sovereign and transcendent, but at the expense of full-orbed personality. Nevertheless, with the exception of the Dead Sea covenanters, there is a tendency toward merit theology and a formulated doctrine of free will. I am persuaded that this observation is important, and that at least some of the New Testament is reacting against this strange mixture.

Having said so many negative things, I nevertheless welcome this book. I learned much by it, and was refreshed by the emphasis on God’s personality defended in particular by MacDonald and Pinnock. Certainly decretal theology has become too rigid and scholastic in many quarters. And, of course, not all of my criticisms apply to each author. I think the best three essays, in terms of precision, are those by Clines, Marshall, and the first essay by Osborne, even if I cannot share all their conclusions. And I am sure that Marshall is right when he insists that at least part of the problem in trying to understand the relation between divine sovereignty and human responsibility is traceable to the limitations of human language and comprehension when it comes to describing a personal, infinite, transcendent God.

D. A. Carson is emeritus professor of New Testament at Trinity Evangelical Divinity School in Deerfield, Illinois, and cofounder and theologian-at-large of The Gospel Coalition.

Comparative methods and the patriarchal narratives

The forensic character of justification

by Ralph P. Martin
VIEW ALL VIEW ALL

The Old Testament and the world

More than man: a study in christology

Poet and peasant. A literary cultural approach to the parables in Luke