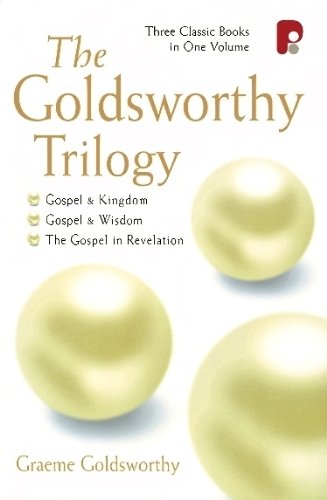 The strength of this book is its breadth and seriousness as a work of theology, vigorously pursued in full loyalty to Scripture. True to its title, it begins with Christ as the key to our handling of the OT, and in particular to our understanding of what wisdom is, before taking us back to Genesis and on to the flowering of wisdom with David and Solomon. There follow three chapters which discuss in turn Proverbs, Job and Ecclesiastes as ‘the perception of order’, ‘the hiddenness of order’ and ‘the confusion of order’; then a selection of wisdom passages elsewhere; finally, for this part of the book, a chapter entitled ‘Wisdom in Old Testament Theology’, in which it is argued that the link between the Wisdom writings and those that deal with Salvation History is their common concern with the theology of Creation. That is, that in both, there is a strong consciousness of the original harmony, now marred, between God, man and the rest of the created world; and while Salvation History reveals God’s progressive work of redemption and restoration, the Wisdom writings concentrate on the present mixture and mystery of order and disorder with which we find ourselves confronted. Returning to the NT, the final chapters pursue the theme further under the headings ‘Christ and the Perfection of Order’ and ‘Christians and the Transformation of Order’. Each chapter is preceded by a summary, and followed by a set of questions for study.

In his preface the author points out the scarcity of books which discuss ‘the relationship of Old Testament wisdom to the New Testament in general, to Christ in particular, and to the Christian life’. In making good this lack, he writes as non-technically as possible, but from a wide knowledge of specialist contributions and with a scholar’s self-discipline. The result is a book which is quite exacting, but stimulating and calculated to enlarge one’s grasp of what Scripture is (as he would put it) ‘on about’.

At a few points I was left unconvinced. The section on ‘Christ our Wisdom’ appears to extend the doctrine of the imputed merits of Christ into a realm where it does not properly apply, with the statement that ‘In ourselves we still suffer from the foolishness of worldly wisdom, but in Christ we are perfectly wise, for he is our wisdom before God’. Or again, ‘Whatever wisdom is, we possess it perfectly in Christ’ (p. 26). This surely reduces imputation to absurdity, and needlessly so, since it is enough that the ‘treasures of wisdom and knowledge’ in him are for us to explore and be educated by, as we ‘learn Christ’. Are we offered honorary degrees in this field?

Another query relates to the concept of the monarchy as Israel’s ‘coming of age’, in the sense that with the appointment of royal counsellors God’s people began now to order their affairs more by wisdom than by rote, seeking the principles behind the letter of the law. Yet this was as old as Moses, at least at the local level. ‘Choose wise, understanding and experienced men, and I will appoint them as your heads’ (Dt. 1:13). With David and Solomon there was certainly a flowering of literary wisdom, but their disastrous politics owed more to the guile of men than to the fear of the Lord. Guile, too, characterized the ‘wise’ women of Tekoa and Abel (cited on p. 54 in support of the author’s contention), and, we might add, the unspeakable Jonadab (2 Sa. 13:3ff.)—for in itself the adjective hākām which is applied to all three of them says nothing about spiritual maturity.

But these small quibbles, if they are justified, are far outweighed by the solid merits of this study, with its wise discussion of the many areas in which our flawed thoughts and systems need the correction of biblical wisdom: not merely as found in the OT but as interpreted and completed in the NT. I strongly recommend it.