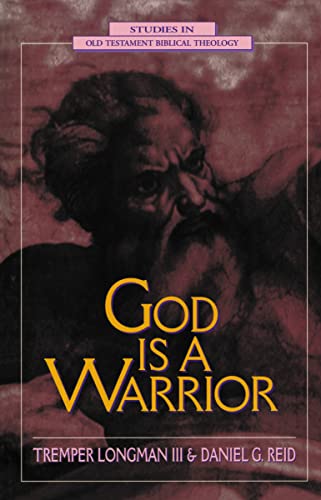 God Is a Warrior. Studies in Old Testament Biblical Theology

The inaugural volume of this new series explores the motif of the divine warrior as it is developed in both testaments of the Bible. Longman surveys the whole topic by observing five stages in the text: God’s appearance as a warrior fighting for Israel, God’s war of judgement against Israel, the prophetic proclamation of a coming divine warrior, Jesus’ ministry on earth seen as that of a conqueror, and the church’s expectation of the return and judgement of the divine warrior. This scheme is adhered to most closely in Longman’s section of the book, the material dealing with the OT texts. In so doing, he draws from the insights of von Rad. The historical and poetic texts of ancient Israel describe how God always began Holy War by revealing his will to his people. They were then expected to prepare themselves properly. The ark, heavenly armies and nature itself could be involved as allies to the divine warrior. The nation’s presumption upon the presence of God and its subsequent sin led the prophets to proclaim Holy War against Israel itself. Again using Von Rad’s suggestions, Longman relates the ‘Day of the Lord’, mentioned in the prophets, with the earlier Holy War experience of Israel. God’s battle against the sea and the forces of chaos, as a reflection of events on earth, allows for the quotation of many OT texts, especially those from the Psalms. This naturally leads to an all-too-brief discussion of the Mesopotamian and Ugaritic epics where deities engage in similar combat. All these themes are carried into the NT, as Reid demonstrates. Borrowing from the thesis of R. Watts, he shows how the Gospels portray Jesus’ ministry as that of a warrior battling demonic enemies and enlisting and empowering his followers as an army. As suggested in the OT, the divine warrior dies in the midst of the battle. However, he rises triumphant and victorious. The Pauline epistles illustrate how the forces of domination and oppression in the world. Paul’s principalities and powers, were defeated by Christ through his selfless death. This death also conquered the law that separated Jew and Gentile and thus led to the formation of a new army which will join Christ in his triumphal return. Many of the prophetic themes of cosmic conflict recur in the book of Revelation. This volume introduces the subject well and thus achieves the purpose of the series.