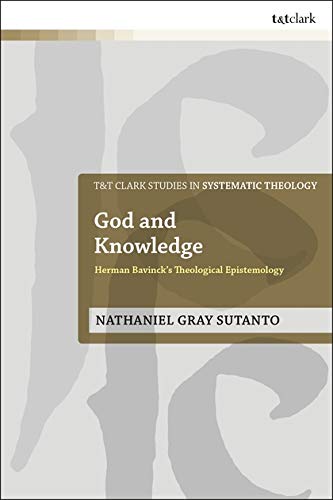 In recent decades, there has been a surge within the scholarship of one of the most prominent yet neglected Dutch Neo-Calvinist theologians, Herman Bavinck. Gray Sutanto, an Indonesian-born Reformed theologian, who now teaches at Reformed Theological Seminary, has quickly become one of the world experts in the theology of Bavinck. This monograph is the fruit of Sutanto’s doctoral work at the University of Edinburgh, where James Eglinton supervises some of the most rigorously constructive works on Bavinck.

Like Eglinton, Sutanto seeks to demonstrate that Bavinck is no conflicted thinker, as some have contended (e.g., Valentine Hepp, Jan Veenhof, etc.), but rather an eclectic Reformed theologian. In contrast to those that insist Bavinck is merely orthodox and those who claim he is a modernist, Sutanto insists he is both orthodox and modern. Sutanto argues that, first and foremost, Bavinck is a Reformed trinitarian theologian with a catholic spirit. According to Sutanto, Bavinck discerningly appropriated contemporary philosophical thought by baptizing the so-called organic motif or organicism, which refers to “the regularity with which Bavinck describes creation and other theological loci under organicist terms” (p. 9). As Sutanto further elaborates, “Organic connectedness is the pattern of creation and doctrine because God himself is the original unity-in-diversity as the self-existent three-in-one” (p. 9). In other words, the organic motif communicates the triune shape of creation, with a prevailing unity through all its diversity: “The Trinity is an archetypal unity-in-diversity, and creation reflects its creator as an organism filled with unities-in-diversities” (p. 177). In this case, Sutanto attempts to show how Bavinck carefully deployed the organic motif in his theological epistemology, and thereby maintained coherence in his eclecticism.

In chapter 1, Sutanto maps the conflicting interpretations of Bavinck’s theological epistemology where the organic motif is conspicuously absent, and then proposes we read Bavinck through the lens of his organic worldview. Chapter 2 re-affirms Bavinck’s organic worldview as rooted in his doctrine of the Triune God, which in turn shapes cosmology, anthropology, special and general revelation. Chapter 3 explores the organic structure of Bavinck’s epistemology in view of the relation between theology and the sciences, where diversities would have been perfectly united as one organism had sin not disrupted such harmony. In Chapter 4, Sutanto counters reductionistic Thomistic and Kuyperian interpretations of Bavinck’s epistemology, and offers a middle way in-between Thomas and Kuyper, most accurately represented by the “Gestalt Holism” recently defended by Hubert Dreyfus and Charles Taylor. Then in chapter 5, Sutanto revisits the question of an epistemological gap between subjects and objects in Bavinck, and argues against the two common perceptions that Bavinck’s epistemology either contains post-Kantian elements, as claimed by Cornelis van der Kooi and Henk van den Belt or [Thomas] Reidian elements, as claimed by Reformed epistemologists like Alvin Plantinga and Nicholas Wolterstorff—who once called Bavinck the “proto-Reformed epistemologist.” Sutanto turns in chapter 6 and 7 to more constructive analysis, arguing for Bavinck’s critical appropriation of Eduard von Hartmann’s conception of human consciousness to navigate between naive realism and subjective idealism, which then allows Bavinck to conceive the possibility of God’s revelation taking place internally in one’s self-consciousness, producing thus “an intuitive kind of knowing that is akin to feeling—a non-conceptual knowledge” (p. 152). These last two chapters uniquely highlight Bavinck’s Reformed catholicity and eclecticism in his principled attempt to engage the conceptual and philosophical tools of various nineteenth-century thinkers.

This monograph explicates Bavinck in his historical context, as it interacts with archival sources of Bavinck only in Dutch, which are mostly unfamiliar to contemporary readers. Sutanto’s project attempts to retrieve Bavinck not only as a coherent thinker, but also a bold theologian who sought to produce a unified vision of Christian worldview, whereby theology, the “servant-queen” of the sciences, “remains to be an ideal to be demonstrated [rather] than a proven axiom” (p. 178). Bavinck’s ambitious vision, though theoretically intriguing, may, as Sutanto recognizes, remain practically unconvincing, even unachievable. Additionally, Sutanto claims that his present work is not meant to be conclusive, where “Bavinck’s epistemology offers definitive answers to all of the [epistemological] questions,” but rather to provide “an exemplary test case of how a Reformed theologian should relate to the broader movements of philosophy and epistemology prevalent in one’s own time” (p. 179).

With humble appreciation for Sutanto’s work, I would have liked discussion on specific issues in theological epistemology such as the testimony of the Holy Spirit, natural theology and/or apologetics, and the role of the church in mediating the knowledge of God. To be fair, Sutanto openly qualifies his work as more of a “general epistemology” (p. 143 n. 103). Still, I believe that some discussions on such topics would make Sutanto’s reading of Bavinck even stronger as it applies to those other specific and significant (Reformed) epistemological issues. This suggestion, I hope, will generate further research in light of what Sutanto has helpfully offered in this present work.