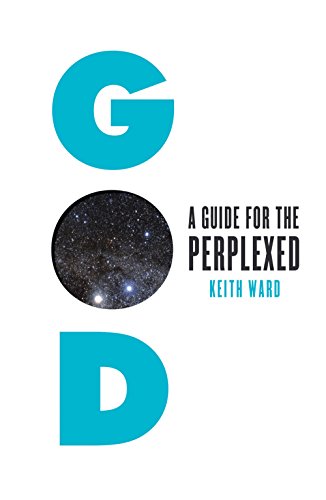 GOD: A GUIDE FOR THE PERPLEXED

This is a popular book, aimed at members of the public and schoolchildren. It is written in an informal and jokey style. Professor Ward puts names and important words (e.g. ‘god’, ‘monotheism’) in bold to help the reader. There are many photographs in the book, each accompanied by an amusing caption, such as ‘Satan and Beelzebub feeling that things are getting distinctly warmer’ and ‘nine buxom Muses’. Each chapter opens with a summary of its contents, humorously expressed, beginning ‘in which the reader will’. At the end of each chapter is a bibliography, headed ‘find out more’. The book presumes no background knowledge (‘Plato was an Athenian philosopher who wrote many dialogues’, 103; ‘Plato had not heard of Mozart’, 118). The chapters are entitled ‘A feeling for the gods’, ‘Beyond the gods’, ‘The love that moves the sun’, ‘The God of the philosophers’, ‘The poet of the world’, ‘The darkness between stars’ and ‘The personal ground of being’. Professor Ward even takes time out to advise us what kind of ice cream to buy in Oxford (70). The book is extremely unlikely to be of interest to Themelios readers, for whom the jokey tone will almost certainly quickly become wearing.