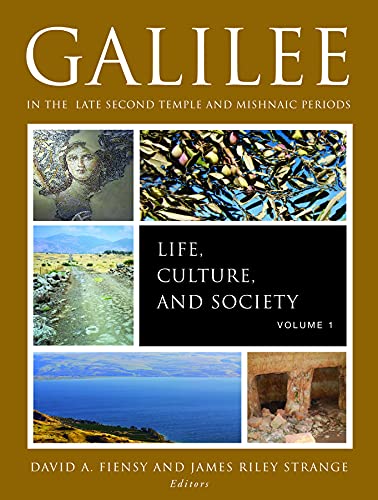 Archaeology matters. Yet in the field of archaeology, studies are often contradictory. For every study making one assertion, you can find one claiming the opposite. The differences often result from technical issues, different definitions, and varying emphases. Thus, archaeology is also messy. Fortunately, this new work does not try to make everything neat and tidy. The editors specifically state in their introduction, “It has not been the editors’ goal to harmonize opinions or reduce disagreements. We present them as they exist and let the reader make decisions” (p. 6). One early example of this may be the recognition of first-century CE synagogues. Mark Chancey maintains that archaeologists have only identified them at five locations (p. 121). Yet nine pages later, Lee Levine states, “Solid archaeological evidence for the first-century synagogue is attested at eight sites in Judea” (p. 130).

Readers merely looking for solutions to all the debates, then, will not find them here. But what they will find is arguably far greater: better questions, solid bibliographies, and an exemplary display of specialists attempting to make sense of all the material data.

This collection of learned essays takes us, as the subtitle promises, directly into the heart of Galilee. In the least, this is exciting because “the amount of information uncovered and the dedicated fieldwork that has occurred in Galilee on Hellenistic and Roman sites over the last thirty years are nothing short of a revolution” (p. 358). Their stated audience for both volumes is threefold: interested laypeople, college and seminary students, and scholars who study other topics (p. xviii). The overarching theme of Volume 1 is the cultural world of Galilee. This culture becomes archaeologically excavated in Volume 2 (forthcoming).

All eighteen chapters focus on “both the evidence and the debates about the evidence that are shaping what people say about Galilee between 100 BCE and 200 CE” (p. xviii). Relying on a storm of recent findings, mostly from primary sources, the authors do an excellent job drawing the reader into this ancient world. They ask and answer questions such as, “What was it like to live in one of the villages? When you walked around, what would you see? How would your family have made a living?” (p. 177).

Some of the chapters in the book feature bold claims: “I will demonstrate that all of the data consistently undermine the conventional wisdom” that most non-elites were a homogenous mass of peasants (p. 313). The author, in this instance, goes on to persuasively argue that “the data give no indication that Galilean villagers were ‘peasants,’ innately averse to market exchange” (p. 339). One indication “of their lavish lifestyle is the evidence of a high proportion of meat in their diet” (p. 337). What evidence suggests this? The author details how the majority of sheep bones examined were younger than 16 months of age. This identifiable pattern of mortality is extremely unusual, she argues, and “it appears that the Hellenistic residents had either imported or raised large numbers of young sheep primarily for food” (p. 337).

Not all of the conclusions are as candid as this one. To be sure, some of the studies in this book are less compelling than others. One of the shortest chapters in the book, for instance, addresses education and literacy in Jewish Galilee (ch. 12). One underlying problem is the author’s unstated methodology. He starts with a set of conditions that must be met in order for general literacy to be a viable option. One prime example is a system of schools. Unless the author finds evidence of primary schools then he assumes that education and literacy were relatively non-existent, making illiteracy pervasive. While that might be generally true throughout history, as other works he mentions—like William V. Harris (Ancient Literacy [Cambridge, MA: Harvard University Press, 1989]) and Catherine Hezser (Jewish Literacy in Roman Palestine, TSAJ 81 [Tübingen: Mohr Siebeck, 2001])—have also highlighted, a system of primary schools does not necessarily produce mass literacy, just as the lack of it does not necessarily produce mass illiteracy. Indeed, there are historically documented examples of mass literacy in areas without primary school systems. See, among others, Egil Johansson’s examination on the spread of literacy in Sweden between the 17th and 19th centuries (“Literacy Campaigns in Sweden,” Interchange 19 [1988]: 135–62, esp. 141). Granted, this alone does not disprove the author’s overall conclusion. Nevertheless, there remain several underlying problems—such as methodology—that need addressing before anyone can frame an adequate picture of ancient education and literacy.

As the authors and editors of this work are fully aware, archaeology is an interpretive discipline, and no one has pure eyes. Thus, all the contributions in this book are good and useful not because they equally compel, but because they all inspire. Readers will learn where archaeology can go wrong. They will be enthused by some of the recent accomplishments. And they will learn that we still have a long way to go before the intransigent complexity of defining a culture we are far removed from will yield its secrets.