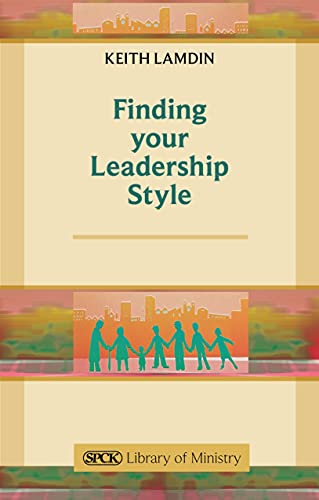 Finding Your Leadership Style: A Guide for Ministers

This book represents a unique convergence of influences. Lamdin writes as a liberal catholic Anglican in strong positive interaction with Willow Creek and the Global Leadership Summit (GLS), while also significantly influenced by Freudian psychology and liberation theology. This convergence leads to some significant strengths. The GLS would benefit from more theological reflection on secular leadership models and much of the church would benefit from clearer thinking on leadership. Lamdin seeks to do both.

In chapters 1 and 2, Lamdin introduces the idea of leadership as “one human’s capacity to influence another,” and the need for leadership within the church. He introduces three necessary qualities for leadership: discontent to see what is wrong with the present situation, vision to see how it could be better, and courage to speak up and lead people forward. He also introduces six “paradigms for leadership,” which he unpacks in the rest of the book: the monarch, the warrior, the servant, the elder, the contemplative, and the prophet.

The final chapter, entitled “Taking the Strain,” shows a thoughtful engagement with both the traditions of Anglicanism and the business thinking so prevalent at the GLS—this time on how to do ministry in ways that are physically, emotionally, and spiritually sustainable. This chapter could certainly be read with profit by many in ministry. It ends with a powerful picture of ministry as a craft skill. Like carving or music, which comes naturally to some but can always be learned and improved on, ministry too can be mastered in several different ways but never perfected by us.

The largest and most problematic part of the book, however, is the central section, where Lamdin considers his six paradigms for leadership. He begins with the two paradigms he finds to be more common and also more dangerous: the monarch and the warrior. The monarch is the leader who is in charge, leading to the possibility of safety, stability, and effective organization. The warrior is the charismatic leader of a cause with passion and purpose, sometimes leading to significant growth and organizational achievement. Lamdin argues that neither of these paradigms is appropriate for a Christian minister.

His reasons are both pragmatic and theological. Pragmatically, Lamdin argues that these forms of leadership always resort to force and end up infantilising the followers—by taking away either their ability to decide or their ability to discern right and wrong.

Theologically, Lamdin argues that Jesus rejects the roles of monarch and warrior, instead adopting the persona of suffering servant. But in doing so Lamdin makes a serious christological mistake. He argues that God is fully revealed in the humanity of Christ, but restricts his view of Christ only to the crucifixion—Jesus is cast as suffering servant, not risen king. He sets this out most fully when discussing the idea of Jesus’ dual identity as suffering servant and lord of history:

It cannot be said that Jesus was enacting servanthood while on earth but that as Christ he is “lord” of all he surveys. The Jesus on earth has to fully embody the godhead for any view of incarnation to be viable, and so the God of all time has to be understood in terms of the kingdom teaching and living and dying of Jesus . . . while it is in the nature of God to be loving it cannot be in the nature of God to be “in charge.” (p. 59)

Lamdin doesn’t state whether or not he believes in Christ’s resurrection. However, if we understand that God is fully revealed in Jesus, who is both the Suffering Servant and the risen and ascended King who “will return in glory to judge the living and the dead,” we get a rather different picture than the one presented here, whatever Lamdin’s actual convictions. The truth is that it is inappropriate for us to adopt the role of warrior or monarch precisely because Jesus is our perfect warrior king. We should not act as if we are in control because God is in control. We should not go on a crusade against those we define as evil because it is for God to say what our purpose should be and who the enemy is (and our struggle is not against flesh and blood).

Lamdin then considers the other four paradigms for leadership. The key theme seems to be the relationship to power. The servant, obviously Lamdin’s favourite, gives up power. The elder has only the power to ask questions and expose their own ignorance. The contemplative depends on God’s power through prayer. The prophet stands against power with the downtrodden. None of these allows for a classic “church leader” in the sense of a man standing before the people of God with divinely sanctioned authority and proclaiming a sure word from the Bible. And several of them have troubling features such as the absence of any sense of a “word from the Lord” speaking into our human situation to either resolve ambiguity (the elder) or confront injustice (the prophet).

But the understanding of Christ as risen and ascended Lord opens up a new paradigm—the paradigm of the herald or of the under-shepherd. Both heralds and under-shepherds have no authority in themselves and do not point to themselves as saviour. They are sent by a Shepherd-King and are answerable to him, but under him can and do have delegated authority for the purpose of caring for the sheep and serving them by proclaiming the king’s message to them. It seems that would be an altogether more fruitful paradigm to explore than what Lamdin adduces.