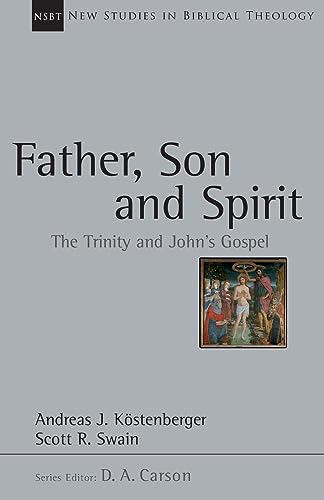 Father, Son and Spirit: The Trinity and John’s Gospel

In the midst of the Trinity debates in evangelicalism today, Father, Son and Spirit (FSS) is a welcome contribution that provides a solid biblical-theological study of one of the most important biblical books on the triune nature of the Godhead.

FSS proceeds in three sections: the historical context of John’s theology of the Trinity (chap. 1), the biblical data on the key trinitarian terminology (chaps. 2–6), and theological implications (chaps. 7–10). The following points summarize the main contours of each chapter.

FSS repeatedly engages the egalitarian trinitarianism of Kevin Giles, et al. and responds to its misrepresentations (pp. 52, 71, 88, 90, 92, 105–7, 118–26, 172–73). Subordination is eternal, unidirectional, and irreversible. It is both functional and personal, but never ontological.

FSS has much to commend it. It is thorough, organized, Bible-saturated, up-to-date, and generally lucid and compelling.

In spite of its several minor shortcomings, FSS fills an important gap in the intersection of Johannine and trinitarian studies and deserves wide readership.