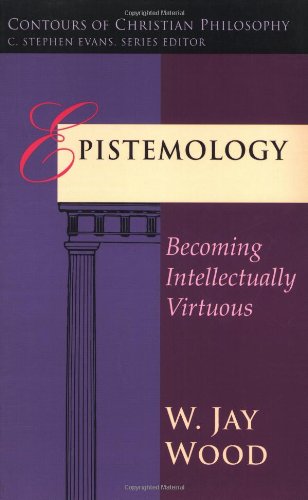 The study of epistemology (the philosophy of knowledge) can seem like an intellectual game unconnected to our desire to grow in wisdom. Students either love or hate it, depending on whether they have the patience and ability to engage in a detached form of logical analysis. Wood, a professor of philosophy at Wheaton College, helps students to move from classroom questions, such as ‘does the table continue to exist when I am not perceiving it?’, to questions about the morality of one’s mental dispositions and behaviour, for instance, ‘how closed-minded am I?’, ‘how can I be more discerning?’. He reminds us of the classical tradition’s promotion of intellectual virtues (such as, wisdom, foresight, studiousness and truthfulness), and its demotion of intellectual vices (for example, gullibility, wilful naiveté, dishonesty and folly).

At the same time, Wood provides a very serviceable survey of the central concerns and major theories in epistemology; most notably, how should we define knowledge, and how are beliefs justified. Thus he is able to take readers through accounts of: foundationalism—systems of belief are built up upon some basic or immediately-formed beliefs; evidentialism versus coherentism—beliefs are justified according to evidence in their favour, or according to how they cohere with other beliefs; reliabilism—beliefs are justified according to the reliability of the processes by which they are formed: internalism versus externalism—beliefs are justified according to factors of which the believer is introspectively aware, such as evidence in their favour, or their coherence with other beliefs, versus, beliefs are warranted by the proper functioning of the processes by which they were formed, regardless of the believer’s awareness of these warranting factors.

Wood follows the Reformed epistemologists Alvin Plantinga and Nicholas Wolterstorff in most of his judgements. Like them, he draws upon the thought of the Scottish Enlightenment philosopher Thomas Reid. Also like them, he rejects strong foundationalism and evidentialism. Plantinga and Wolterstorff have famously defended belief in God as ‘properly basic’. They are thereby modest foundationalists, holding that we do have some basic beliefs, but that these beliefs are not infallibly certain and can be overridden. They have also defended the epistemic right to believe in God without knowing how to defend that belief. Wood accepts these moves. They have more recently developed a notion of warrant whereby beliefs are warranted if the cognitive processes by which they are formed are functioning properly. This is an externalist account that removes any onus of justification from the believer, i.e. beliefs may be warranted whether or not believers can argue well in their defence. Wood moves between an externalist account of warrant and an internalist account of justification. He argues persuasively that intellectual virtues operate both externally, in the virtuous employment of our cognitive powers, and internally when one introspectively checks for self-deception (138–53).

The major contribution of this volume lies in Wood’s incorporation of intellectual virtue and the emotions into the notion of proper cognitive functioning. Wood argues that cognitive malfunctioning occurs when one is not intellectually virtuous, and gauges virtue in terms of whether one cares about the right things. This is crucial and satisfying move, as it brings reason and emotion together after a long and unhealthy separation in the western philosophical tradition.

Whether or not one accepts Wood’s broadly Reformed approach, one can take this book as a reliable guide to epistemological debates, and be inspired by the concern to promote virtuous thinking and educated emotion.