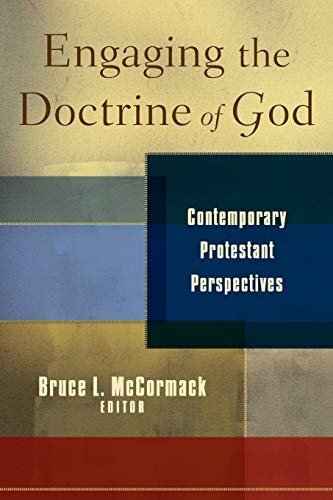 Engaging the Doctrine of God (EDG) is a very fine work with a somewhat misleading subtitle. The subtitle should read: “Contemporary Evangelical Perspectives.” The back cover says as much and in his preface the editor states his hope: “It is my fervent hope that evangelicals will one day be able to build a new consensus on the doctrine of God” (p. 10). The genesis of the work was a conference on dogmatics held in Edinburgh in 2005 (p. 9). The conference origins can be seen in the first chapter, which consists of a sermon by David F. Wright on “The Lamb That Was Slain” (pp. 11–18). The sermon sets out the ultimate criterion for engaging the doctrine of God, namely, “fidelity to Scripture” (p. 11). All the essays in the volume exhibit a similarly high regard for Scripture, as one should expect in an evangelical work. The contributions in chapters 2–11 fall into four parts. Part 1 includes N. T. Wright on “Christian Origins and the Question of God” (chap. 2), and D. A. Carson’s “The Wrath of God” (chap. 3). Part 2 moves the conversation to history. Paul Helm treats “John Calvin and the Hiddenness of God” in chapter 4, and Oliver D. Crisp writes on “Jonathan Edwards’s God: Trinity, Individuation, and Divine Simplicity” in chapter 5. Part 3 deals with theological perspectives on the doctrine of God. John Webster addresses “Life in and of Himself: Reflections on God’s Aseity” in chapter 6. “God and the Cross” is Henri A. Blocher’s theme in chapter 7. Pierre Berthoud tackles “The Compassion of God: Exodus 34:5–9 in the Light of Exodus 32–34” in chapter 8. “The Sovereignty of God” occupies Stephen N. Williams in chapter 9. Bruce L. McCormack brings this part to a close with “The Actuality of God: Karl Barth in Conversation with Open Theism” in chapter 10. Part 4 introduces a practical theology note. It has only one chapter: Donald Macleod’s “The Doctrine of God and Pastoral Care” (chapter 11). Thus the book ends with a limited amount of applied doctrine, formally speaking.

There is no introduction as such to EDG, although McCormack offers a four-page preface that effectively serves as one (pp. 7–10). McCormack states that the work is “exploratory” and hopefully at the very least, “a kick-start [to] a conversation” (p. 10). On the same page he identifies contributor as falling into one of two groups. One group is at “the classical end of the spectrum” where he places Carson, Crisp, Macleod, and Webster, and the other is at the “progressive” end where we find listed N. T. Wright, Blocher, Berthoud, and Williams. Both Webster and McCormack are well known appropriators of Barth, but in different ways as McCormack indicates. The work shows that evangelicalism is a bigger tent than many realize. Even so, I do wonder given the list of contributors whether the work is to be even more precise “Contemporary Reformed Perspectives.”

In EDG I found the following contributions to be of great benefit. Carson’s careful treatment of the wrath of God is both instructive and sobering. He writes, “To speak faithfully of the wrath of God, very often what we most urgently need are tears” (p. 63). He shows that the idea of divine wrath is firmly grounded exegetically and recent attempts to emasculate the doctrine do not succeed. Blocher offers methodological clues as to how theology may be derived from the cross. He argues that the cross reveals a God who is singular in sovereignty, overflowing in righteousness and unsurpassed love (pp. 138–40). Berthoud draws attention to the key importance of the theophany at Sinai and the declaration of the divine Name in Exod 34:5–9. His contribution reminds me that my understanding of the being and attributes of God needs solid biblical warrant grounded in responsible scholarly exegesis. Macleod earths the doctrine of God in a pastorally astute way. He helpfully explains what doctrine does when engaged with Scripture and us: “It addresses our minds. It makes logical demands of us. It exposes our fallacies and neuroses. It reasons us, with God’s blessing, into reverence, confidence, peace, contentment, and hope” (p. 260).

As already noted, right at the beginning of the book, McCormack describes EGD as exploratory and a kick-start to a conversation. Indeed it is both. In my view, both aims would have been strengthened by a list of questions in an epilogue to help the reader take further the stimulating and theologically sophisticated material found in this excellent book.