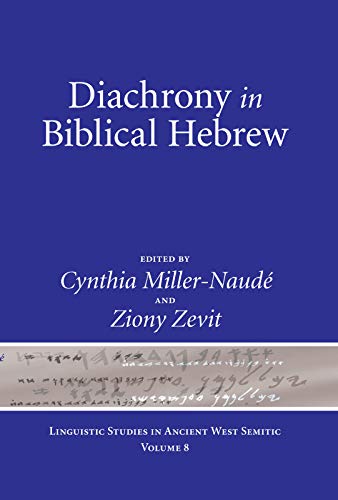 Languages keep changing as the years go by. The English of Beowulf is incomprehensible to a reader who knows only modern English. Moreover, language features do not merely change gradually. Some can appear, flourish, and then fall out of favor in a short time. Allow me the following example: In 1966, in my first year of PhD studies, I lived in an apartment off Harvard Square. A young man who lived in the next apartment had long hair, dressed oddly, and wore an earring. On being asked about his appearance, he replied, “I’m a hippie.” That made no sense to me. I had never heard the word “hippie” before 1966. I eventually heard the word much more often, but after a few years, a strange thing happened. I stopped hearing the word. By the time I had my PhD, in 1971, I almost never heard the word “hippie” again. It had fallen out of favor in half a decade. Whether gradual or sudden, long of duration or short-lived, language features are not immune to change. The Hebrew Abraham spoke and wrote was not exactly the same Hebrew that Moses spoke and wrote, or that David spoke and wrote, or that Amos or Ezekiel or Nehemiah spoke or wrote. The continuities, fortunately for all readers of the Hebrew Bible, are many and important, but so also are the changes and variations-both over the centuries and within individual time periods, when varieties of Hebrew were spoken by different groups and in different locations. Any serious reader of the Bible in the original languages wants to be sure that old meanings are not being put to new words and constructions, or vice versa.

Diachrony in Biblical Hebrew is the eighth volume in a remarkably productive and comprehensive ongoing series, “Linguistic Studies in Ancient West Semitic,” edited by Cynthia L. Miller-Naudé and Ziony Zevit and published by Eisenbrauns. The introduction to this volume, written by Miller-Naudé, bears the title, “Diachrony in Biblical Hebrew: Linguistic Perspectives on Change and Variation,” which nicely sums up the purpose of the book: to help students of Hebrew appreciate the benefits of understanding the history of ancient Hebrew, from its proto-Semitic roots to its latest manifestations in Persian period texts (and sometimes, beyond). The book’s essays are concluded by Ziony Zevit’s “Not-So-Random Thoughts on Linguistic Dating and Diachrony in Biblical Hebrew.” In between are twenty-one essays on all sorts of aspects of the history of biblical Hebrew, from critical presentations on methodology, to examination of the evidence for orthographic change over time, to morphological developments, to syntactic developments, to lexical changes, to sociological/dialectal considerations, to text-critical developments over time, to comparative controls via other languages. These groupings constitute the major sections of the book.

The contributors are well aware that the whole concept of definitive diachronic methodology has been called into question. Notably, Ian Young, Robert Rezetko and Martin Ehrensvärd have argued in their 2008 volume, Linguistic Dating of Biblical Texts (London: Equinox), that forms of Hebrew called “early,” “middle,” and “late” by many scholars actually represent merely different styles of literary Hebrew that co-existed throughout the biblical period. In other words, say Young, et al, it is a mistake to force words, forms, syntactical structures, etc., into discrete periods of existence as if those phenomena prevailed only at certain times and not at others, on the basis of where such phenomena happen to show up in biblical texts. Indeed, one has to remain carefully cognizant of the fact that about a quarter of all Hebrew words in the OT are hapax legomena, reminding us that the Hebrew words we read in a certain context and in specific permutations represent only a small sampling among many others that may have existed commonly in the language but are not attested in the Bible, since all biblical writers were inspired to select carefully their topics and their words.

What is the practical value of a book like this? Is it merely erudite speculation on arcane technical linguistic topics or does it make a difference in how we view the origins or the reliability or the meaning of Scripture? To answer this question via an example, consider the so-called “Aramaisms” in the book of Jonah.

For a long time, skeptics of the historicity of the book of Jonah have pointed to the “Aramaisms” in Jonah as proving that the book was composed late in the pre-NT era, perhaps as late as the third or second century BC, long after the events it purports to describe. There are seven to nine supposed “Aramaisms,” depending on who’s counting, and these are thought to reflect a stage of Hebrew late enough to have become infiltrated with Aramaic vocabulary, when more and more people spoke mainly Aramaic and therefore those who could still speak, read and write Hebrew were increasingly using Aramaic words for the concepts they wanted to express. Diachronic studies, however, many of which have been done by the very scholars writing in this book, demonstrate that such a simplistic picture of the penetration of Aramaic into Hebrew is not reliable. Not only did virtually all literate Israelites know at least some Aramaic, from the days of Abraham to the days of John the Apostle, but many words identified in the past as “Aramaisms” turn out to be northernisms, or Aramaic-like west Semitisms, and so on. The articles in this book are geared toward helping illuminate the kinds of challenges illustrated by such an example.

A special feature of the book is the group of three essays (by Sokoloff, Lam and Pardee, and Kouwenberg) that look at diachrony in a comparative Semitic light, discussing the evidence and methodology for addressing diachrony in Aramaic, Ugaritic, and Akkadian literature. Such essays provide a kind of control factor on the methodologies and conclusions in the part of the book that concentrates on the OT Hebrew evidence.

The old saying that “a book is only as good as its index” carries a lot of truth. Thoughtful, comprehensive indexes allow a reader to keep using a book over the years, as they facilitate finding one’s way back to a book’s previously-read but only partially-remembered contents. This book is distinguished by its excellent indexes, spanning 34 pages and five categories: authors, ancient sources, Scripture, Hebrew words, and subjects.

Diachrony in Biblical Hebrew is an anthology, not a monolith. It gathers different perspectives from different scholars, all of whom display the importance of the discipline, but many of whom disagree with one another in the specifics of application of the methods they describe, and some of whom flatly disagree with each other as to certain methods, procedures, and conclusions. In other words, the book tells you what people are working on within the discipline of diachronic linguistics as it pertains to Hebrew, but does not provide a single viewpoint or conclusion. Accordingly, it must be used cautiously and appreciated for the progress report on a lot of researchers’ findings that, in essence, it is.