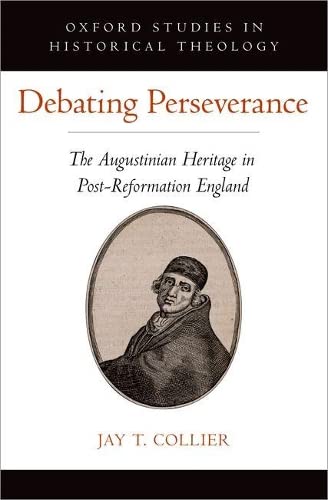 One of two broad stories tends to be told about the nature of the post-Reformation Church of England. The first narrates the early emergence of a distinctive Anglican via media, characterized by deep commitment to the theology of the early fathers over that of the continental reformers. This reading, associated with scholars such as H. R. McAdoo and Peter White, perceives a smooth line running from the early Elizabethan bishops, through the Caroline divines, and on to the Restoration—a line along which the puritan movement represents an eccentric disruption. The second story presents the early modern English Church as far more self-consciously reformed in its theology and practice. This more recent view, evident in the work of Patrick Collinson, Peter Lake and others, questions the extent to which an early “Anglicanism” may be discerned, arguing that the Church of England sits quite recognizably within the broad international reformed consensus of the late 16th and early 17th centuries.

Into this debate steps Jay T. Collier with his study Debating Perseverance: The Augustinian Heritage in Post-Reformation England. Extending the work of the latter group of scholars in particular, Collier takes the view that, rather than identifying either the fathers or the reformed as the primary source of English theological identity, a more profitable way forward is to take “both the Reformed churches and the early church fathers as confluent sources of identity for the Church of England” (p. 19). Within this approach, Collier examines the way in which a catholic commitment to the writings of one figure from the early Church in particular, Augustine, was determinative in English debates over the key doctrinal distinctive of the reformed tradition—the perseverance of the saints. Collier surveys five episodes from the period in which, he argues, this combination of reformed and catholic commitment served to set the terms of and direct the debate.

First, in the development of the Lambeth Articles of 1595, Collier demonstrates the extent to which perseverance was at issue in the controversy, something underappreciated in earlier studies. He also shows that the Articles’ final form reflected Whitgift’s desire to allow latitude on the issue of perseverance, within the bounds of a commitment to unconditional election, partly on the basis that such views represented valid readings of Augustine—a reformed leniency, enabled by the value placed upon legitimate catholicity.

Collier then turns to the failed attempt of the British delegation at Dort to secure a similar breadth within the Synod’s statement on perseverance. This failure, Collier argues, led to formative pressure being placed upon an English church which had tolerated minority Augustinian positions on perseverance, but which the international reformed consensus had now determined as unacceptable.

The third and fourth episodes are the controversies surrounding Richard Montagu in the 1620s. The disputes with Montagu have been characterized, in both the polemics of the time and in later historiography, as taking place between “Arminians” and “Calvinists.” Collier shows, however that this is an over-simplification. Montagu’s denial of the perseverance of the saints sat alongside an Augustinian view of election and effectual grace, rather than emerging from Arminian convictions.

Lastly, Collier surveys the altercations in the 1650s with the genuinely Arminian John Goodwin. In so doing he demonstrates an on-going disagreement over Augustine that persisted amongst theologians who were pro-Dort and pro-Westminster, not only concerning perseverance, but also on where one should draw the proper bounds of acceptable catholic orthodoxy.

Collier’s study effectively dismantles overly simplistic characterizations of the post-Reformation Church of England, and of the reformed tradition more generally. His attentive reading of primary documents contributes to the picture of an Augustinian Protestantism in England that was more diverse and subtle in its internal distinctions than both popular and some scholarly presentations have suggested, specifically because of the importance to virtually all parties of being recognizably reformed and catholic in doctrine and practice. Of course, Collier maintains that certain boundaries existed. Unconditional election, and the perseverance of the elect at the very least, were non-negotiables for those who sought a unity with both Augustine and the broader reformation. But the sharp lines drawn at times between Calvinist Puritans who looked to the continent and Arminian conformists who looked to the past are effectively shown to be unhelpful and misleading.

Collier’s task is a descriptive one, and he performs it admirably. As such, his book is perfect for anyone with an historical interest in the period he surveys, and it is a model of the kind of historiography that avoids mischaracterizing its subject matter by viewing it through the lens of contemporary concerns. However, having done that work, it would be of benefit to hear what implications—if any—Collier thinks may be drawn from his study for contemporary claims regarding the proper nature, substance, and boundaries of reformed and Anglican identity. Are the events he examines a cautionary tale for those who would draw the lines too narrowly, or too widely, or both? Do they provide a model for the way in which various ancient and contemporary exegetical practices may or may not legitimately be appealed to in the course of ecclesial debate? Can the “reformed catholic” sensibilities of the early modern English churchmen inform the agenda of recent moves to kindle a similar sensibility in the 21st century church? Collier’s assessment of these questions, in light of his wonderful study, would be warmly welcomed.